Why Michael Cole Is on WWE SmackDown, Renee Young – The Singh Brothers, WarGames 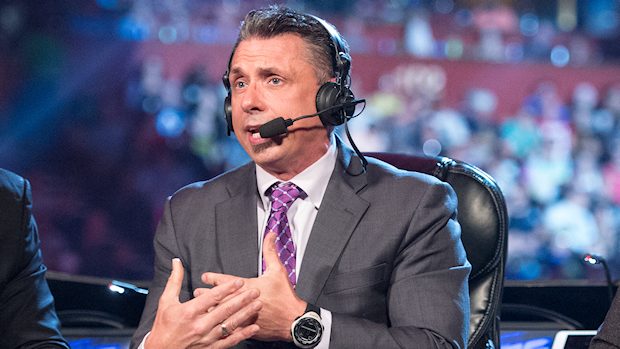 – Below is a promo for the WWE NXT “Takeover: WarGames” tickets going on sale. The event takes place from the Toyota Center in Houston, Texas on Saturday, November 18th during WWE Survivor Series weekend. Takeover will be headlined by a two-ring, three-team WarGames match.

– Michael Cole worked tonight’s WWE SmackDown in Seattle with Corey Graves and Byron Saxton. Cole noted that he will be filling in for Phillips for a few weeks as Tom is “on assignment.” No word yet on what Tom is working on but we will keep you updated.

– Below is video of Renee Young interviewing The Singh Brothers backstage at tonight’s WWE SmackDown after trying to secure an interview with WWE Champion Jinder Mahal about his Survivor Series announcement. They talk about how Jinder just returned from his trip to India, where he was received like a God. They say Renee will have to wait to hear from Jinder like everyone else on the show tonight.