Mickie James Strips Madison Rayne To Her Bra and Panties 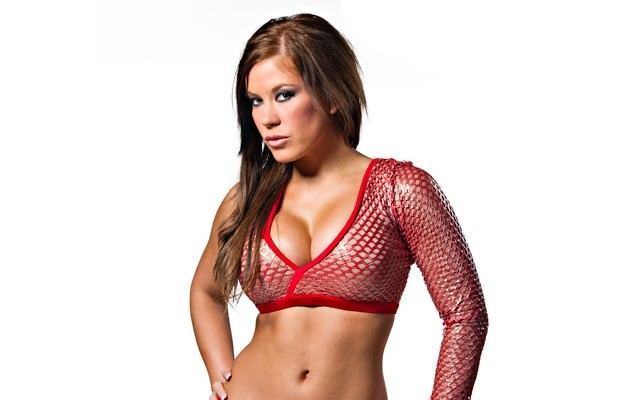 The Ohio native demanded silence from the fans before shrieking in frustration. Rayne said she owed it to her fans and little people just how beautiful she is. She said she knows the fans want a champion full of class, elegance and all things perfect.

James then appeared on the scene and proceeded to clock Rayne. Tenay said she’s giving her a taste of hardcore country. James then ripped off Rayne’s gown, leaving her in her black lingerie.