Moose Out Of Action After Suffering Concussion At Slammiversary, Scarlett Bordeaux’s Theme Song 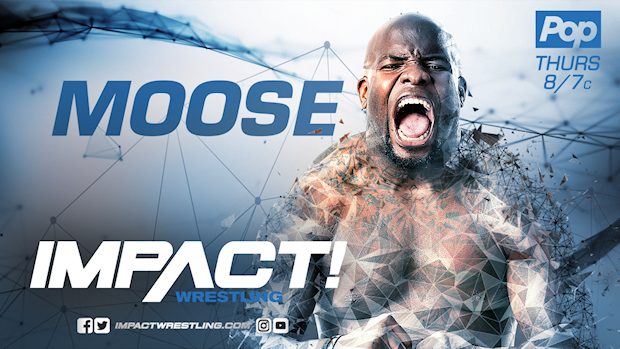 As a result, Moose will not wrestle at Sunday’s Confrontation LIVE event in Greensboro, North Carolina. He was advertised to face Jaxon Stone at the show, which IMPACT Wrestling is co-promoting with AML Wrestling.

IMPACT adds, “We will provide updates as they become available.”

In the main event, Moose came up short to Aries as the former 205 Live star connected with a second Brain Buster to win the match and retain the Impact World Championship.

After weeks of mysterious vignettes, Bordeaux made her IMPACT Wrestling debut last Thursday. Calling herself “The Smoke Show” during an interview with Alicia Atout, she vows to make wrestling “sexy again.”

“I will not be hot shamed,” Bordeaux added.