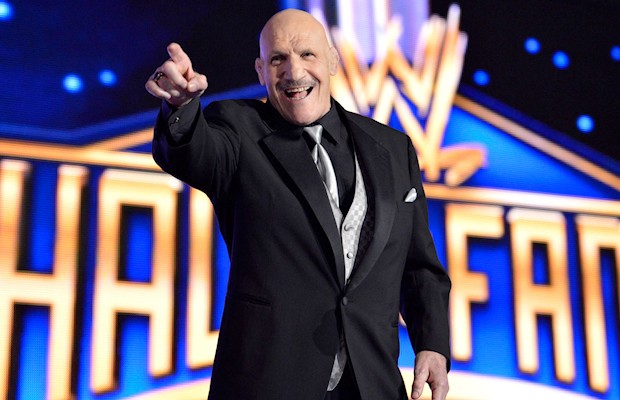 – We noted back in late June that WWE Hall of Famer Bruno Sammartino, who turns 80 in October, underwent back surgery after being hospitalized for a few weeks.

The Wrestling Observer Newsletter reports that Bruno started feeling unsteady some on his legs while in San Jose for WrestleMania 31 this year. Bruno was walking in his home just over a month ago and his legs gave out, causing him to fall. Bruno got up but that week one leg ended up being swollen twice the size of the other leg. Bruno went to doctors and had several tests done but doctors wanted to operate on the leg. However, top WWE doctor Joseph Maroon, who has been a personal friend and physician of Bruno’s for years, wouldn’t let the other doctors operate on the leg because he found that the damage was in Bruno’s back.

Bruno was in and out of the hospital for a month before getting the “delicate back operation” from Maroon. Bruno has been out of the hospital for over a week and is said to be doing really well. Bruno is not using pain medication but it was noted that he’s not in too much pain. Bruno still walks with a walker and has been increasing the distance each day. He hopes to be walking on his own soon.