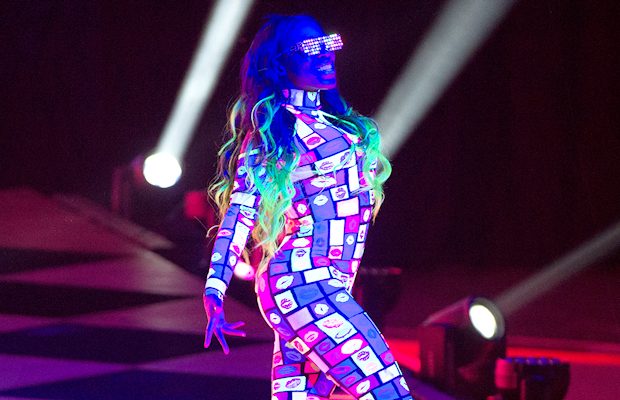 Naomi made her return to action on tonight’s WrestleMania 33 go-home edition of WWE SmackDown in Richmond, VA. After taking out members of the SmackDown women’s division, Naomi announced that she will be competing in the SmackDown Women’s Title match on Sunday in her hometown of Orlando.

Naomi had been out of action since late February when she was forced to relinquish the SmackDown Women’s Title after suffering an injury in the match that saw her win the title from Bliss at Elimination Chamber.

Below is video from tonight’s return:

EVERYONE is going to #FeelTheGlow at @WrestleMania as @NaomiWWE returns to enter the #SDLive #WomensTitle match this Sunday! #WrestleMania pic.twitter.com/bk9cEwJJYf

"I'm officially entering myself in the #SDLive #WomensTitle Match… and come this Sunday, EVERYBODY will FEEL THE GLOW!" @NaomiWWE #SDLive pic.twitter.com/AwwGiQRNI1

Related Items
← Previous Story The Rock Being Kept Apart from Co-Star on Current “Furious” Press Tour
Next Story → The Usos and Others Added to WrestleMania 33 Battle Royal, Updated Card for Sunday