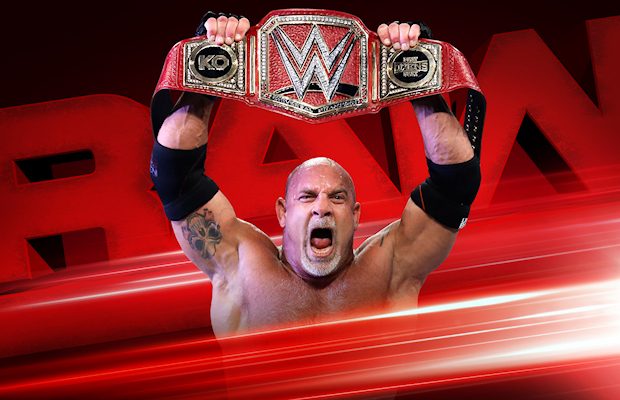 Tonight’s RAW will take place from the Allstate Arena in Chicago with the fallout from WWE Fastlane as the Road to WrestleMania 33 continues.

Confirmed for tonight’s show is the new WWE Universal Champion Bill Goldberg, who will address his win over Kevin Owens and the upcoming match against Brock Lesnar. RAW will also feature an exclusive look at Seth Rollins’ rehab and Neville defending the WWE Cruiserweight Title against Rich Swann.

WWE’s official preview for tonight’s show does not mention Lesnar appearing but he is scheduled to be there. WWE United States Champion Chris Jericho is also scheduled to appear. He’s been off RAW for a few weeks to sell the beating from Owens but he should return tonight after appearing at Fastlane to distract Owens, allowing Goldberg to win the title.

WWE is focusing on the following points in their official preview for tonight’s RAW:

* Seth Rollins grants an exclusive look at his rehabilitation

* Rich Swann challenges The King of the Cruiserweights