Home / Wrestling News / WWE News / Nikki Bella On Why Dancing with the Stars Was Hard On John Cena, What She Never Wanted To Show

Nikki Bella On Why Dancing with the Stars Was Hard On John Cena, What She Never Wanted To Show 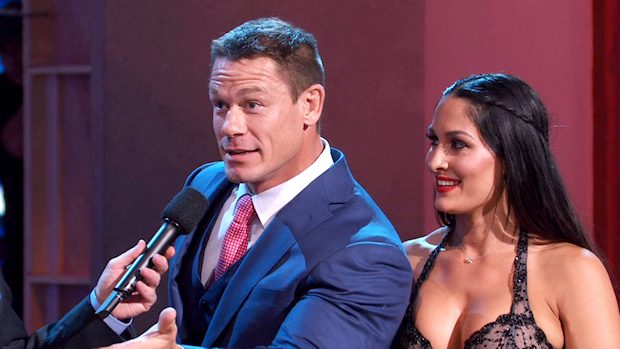 Former WWE ring announcer Lilian Garcia continues her heavy-hitting look into the lives of today’s most relevant entertainers, athletes, and influencers with a candid and revealing conversation with Nikki Bella. During the interview on Chasing Glory with Lilian Garcia, Bella shares her life journey, including the ups and downs, that has led to her success and present moment of glory.

In addition to discussing her bond with twin sister Brie Bella, Nikki shares details of her engagement with John Cena and her experiences on Total Divas and Total Bellas. For the first time, Bella shares details about fighting off an abductor and her own battle with depression. Nikki also reveals why her honesty about what was happening behind the camera on Dancing with the Stars was hard on Cena, and the thing she never wanted to talk about on camera during the competition.

Dancing with the Stars and its effect on John Cena

“I fell in love with dance. I have not, in so many years – and this was hard on John because I was very honest with him – but I have not felt this young and, like, alive…And now I found this new passion, and I felt young and free.”

“What was weird for me – and this was the crazy experience – since I was 15, I told myself, ‘I will never depend on a man. I will never need someone.’ And I joined this competition, and I have to depend on a man, and I have to need someone… I was feeling all these emotions, so I was bottling myself up, and I knew this could have made amazing TV for them. I didn’t want it to be forced. But I would go home at night, and there were times that I would cry.”

You can listen to the interview here or on iTunes.

Related ItemsFeaturedJohn Cena NewsLilian Garcia NewsNikki Bella News
← Previous Story Carmella On How She Came Up With Her Character, Backlash From Winning Money in the Bank, Total Divas
Next Story → Paige’s Return Match Announced For This Monday’s Raw