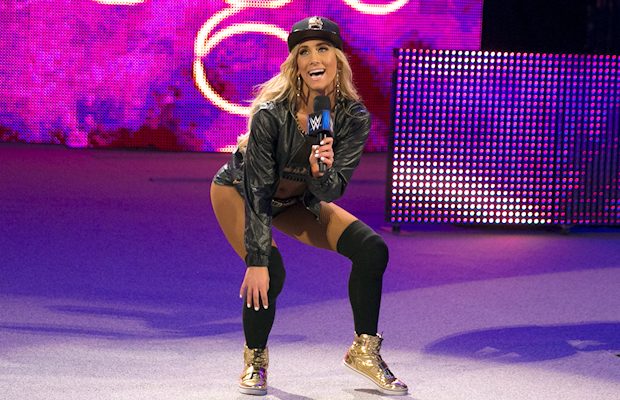 – In the latest Bella Twins YouTube video, Nikki Bella has some fun dressing up as one of her biggest rivals on SmackDown LIVE, Carmella. Nikki goes full fledged Princess of Staten Island in the video, not holding back at all in trying to get the impersonation just right.

Trinidad was only visiting backstage since she’s the girlfriend of Austin Aries, who does commentary for the Cruiserweight matches on Raw and for 205 Live.

Trinidad has appeared on WWE television as an extra in the role of Adam Rose’s Rosebuds a handful of times when he was with the company. She worked an NXT show last year, where she jobbed to Asuka.