Home / Photos / Nikki Bella Has A Nip Slip On Raw

Nikki Bella Has A Nip Slip On Raw 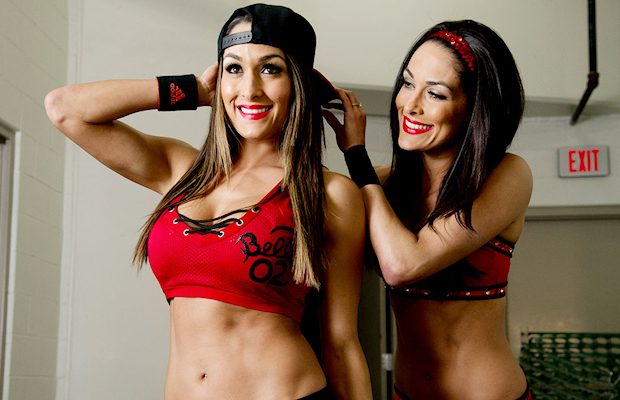 In 2014, Nikki Bella got caught on camera having an embarrassing nip slip during a live episode of Raw.

When you wear something skimpy over ample bosoms in WWE, an embarrassing nip slip is bound to occur.

Just ask Nikki Bella, whose nipple was inadvertently exposed on Raw on July 21, 2014.

Having purchased a ticket to the show, Nikki’s sister Brie Bella was there to support her in person and spirit. But without Brie in the ring beside her, the magic was in short supply for Nikki when Stephanie McMahon organized a four-on-one gang-up of “The Fearless One.”

Finding the odds stacked against her, Nikki took on four WWE Divas at once — Alicia Fox, Eva Marie, Cameron and Rosa Mendes in a 4-on-1 Handicap Match. Brie, however, couldn’t help herself and argued her way into a physical confrontation with Stephanie that saw her slapped and banned from ringside before the start of the match.

Things only went downhill for Nikki when it did start; the fearsome foursome feasted upon their hapless opponent, with Fox herself doing the honors by executing a scissor kick to Nikki’s back. 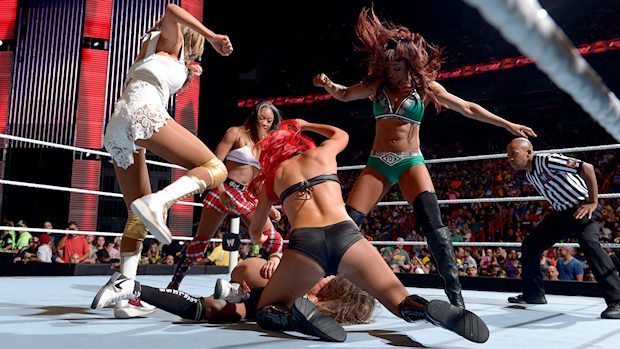 After being thrown out of the ring, Nikki was lying in pain on the floor. Then, as she struggled to regain her composure, disaster struck.

With millions of fans watching at home, her nipple became exposed.

Her small red top momentarily slipped below her bountiful cleavage.

While Nikki’s nip slip was a blink-and-you-miss-it moment, it quickly went viral after video surfaced online. Since then, millions of fans have watched her humiliating moment.

This wasn’t the first time where one of The Bella Twins experienced a wardrobe malfunction on WWE television. In fact, it was almost a year to the day that Brie had a nip slip of her own.

On Raw on July 22, 2013, Brie’s left nipple got exposed on Miz TV when the Total Divas cast dropped by to chat up the premiere of their brand-new reality show on E!. As she was sitting casually on a chair, Brie’s boob just inexplicably escaped her dress.

During a red carpet interview in 2014, the twin duo revealed their number one tip for avoiding a wardrobe malfunction. 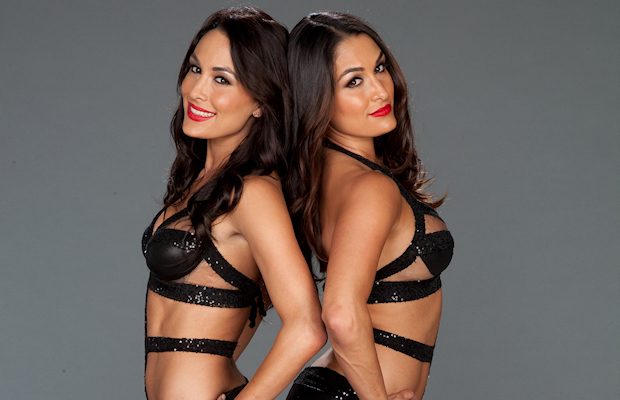 According to Wrestling Observer Newsletter editor Dave Meltzer, the women of WWE are emphatically told by company officials to cover their nipples while performing.

“WWE women are told emphatically to make sure when they wrestle or appear to have costumes that are going to cover nipples,” Meltzer stated. “Although in doing matches, straps have given way or boobs have escaped from their holsters every now and then.”

Double-sided taped is apparently not enough for Nikki. Following the incident, there was talk among WWE officials of her wearing larger tops instead of relying on double-sided tape.