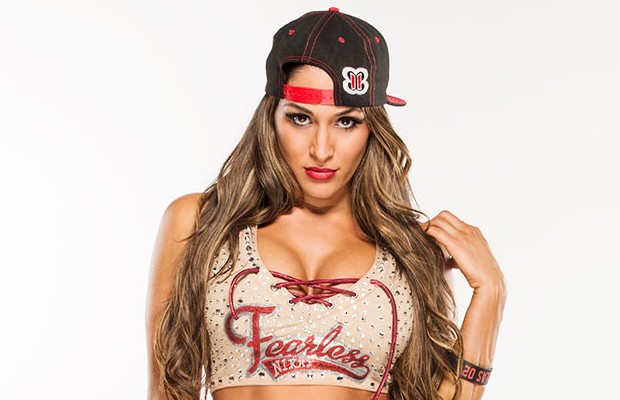 Nikki would talk about her boobs again during a radio interview promoting Total Divas. During WWE’s build-up to the John Cena vs. Bray Wyatt match at WrestleMania 30, Nikki’s enhancements were acknowledged by the wrestler formerly known as Husky Harris. “The Eater of Worlds” caused some controversy on the March 17, 2014 episode of Raw by referring to Nikki as Cena’s “plastic girlfriend,” a reference to the fact that her boobs are well, fake. Nikki later said that she was not upset with Bray, who notified her of the remark in advance.

“Right before it aired, he goes, “I’m just going to apologize now for something I said.” And I was like, “What?!” And everyone popped so huge backstage and I have to say like, this is what we signed up for, ya know?” Nikki said during an appearance on the Road To Wrestlemania 30 Podcast on ElvisDuran.com.