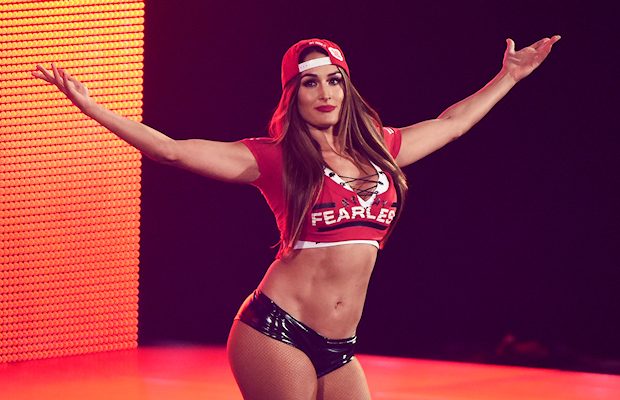 – Nikki Bella indicated via Twitter that she and Carmella will settle their differences next Tuesday on Smackdown. As previously noted, a one-on-one between the two is expected for No Mercy on October 9th.

I should be the No. 1 Contender!! @AlexaBliss_WWE stole that from ME! Hey @BellaTwins what did the @Jumpman23 say to the face??! #sdlive

Don't know what your deal is @CarmellaWWE Hate? Jealousy? Obsession? But next week we're settling this! PS you're nothing but SAWFT #SDLive

– We noted a while back that a planned event with WWE Hall of Famers Ricky Steamboat and Ric Flair at the Sands Casino in Bethlehem, PA was canceled and then rescheduled for December 17th. WWE is putting promotion into the event, calling it a WWE Legends Experience. Below is a promo:

– Below is a photograph of the Cruiserweight Classic trophy on display at Full Sail University: