Nikki Cross Reacts To SAnitY's Debut On SmackDown LIVE - Will She Join Them On The Blue Brand? - PWPIX.net

Home / Wrestling News / WWE News / Nikki Cross Reacts To SAnitY’s Debut On SmackDown LIVE – Will She Join Them On The Blue Brand?

Nikki Cross Reacts To SAnitY’s Debut On SmackDown LIVE – Will She Join Them On The Blue Brand? 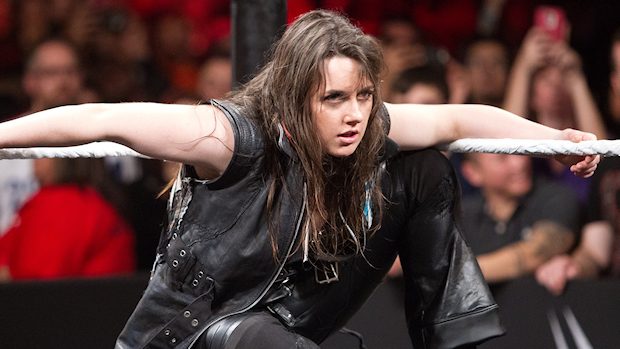 The long-awaited debut of SAnitY on SmackDown LIVE put them right in the thick of the fire, as they were scheduled to take on Jimmy and Jey Uso in their first match on the blue brand.

Prior to the contest, The Usos spoke on what it takes to make a name for yourselves on SmackDown LIVE and then awaited their newly arriving challengers. However, Eric Young, Killian Dain, and Alexander Wolfe refused to wait for the opening bell and instead mercilessly ambushed Jimmy and Jey before the match could begin.

The trio left The Usos laying after taking out Jimmy and Jey with several high-impact maneuvers.

Nikki Cross, who was associated with SAnitY in NXT, reacted to their debut with this tweet.

The arrival of SAnitY has fans wondering whether she will join them on SmackDown LIVE, especially after her loss to NXT Women’s Champion Shayna Baszler last Saturday at NXT TakeOver: Chicago II. Regarding this, John Pollock of PostWrestling.com reported Tuesday that Cross is scheduled for Thursday’s NXT TV tapings at Full Sail University in Winter Park, Florida. He was also told that she’s not expected to join SAnitY on the main roster.

When the decision was made for SAnitY to join SmackDown LIVE through the Superstar Shake-up in April, it would be without Cross. With Ember Moon, Billie Kay, and Peyton Royce all promoted to the main roster after WrestleMania 34, it was decided by Triple H that Cross would be kept in NXT as to not deplete the brand’s Women’s division even further.

Triple H opted to keep Cross in NXT since she’s an integral part of the Women’s division and Baszler needs a credible opponent to feud with. Not only that, but his long-term plan for her is to join the main roster as a wrestler rather than a mischievous valet. There is currently no spot for her wrestling on the main roster, so it just makes sense for her to continue developing her skills in NXT.