Home / Wrestling News / WWE News / No Way Jose on Who He’s Looking Forward to Facing, His In-Ring Style, Who He Is, More

No Way Jose on Who He’s Looking Forward to Facing, His In-Ring Style, Who He Is, More 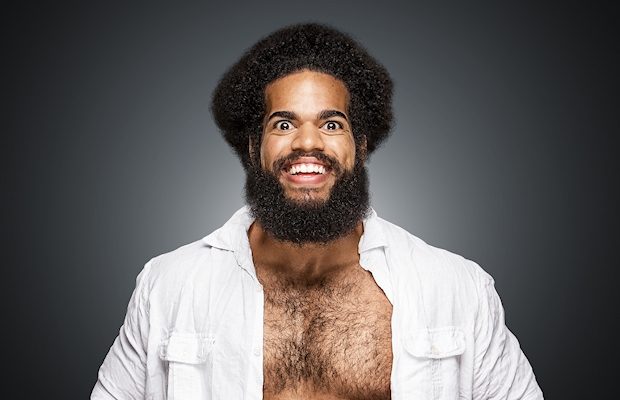 WWE NXT Superstar No Way Jose recently spoke with Byron Saxton for the WWE website. The full interview is at this link. Below are highlights:

WWE.COM: Tell us, who exactly is No Way Jose?

NO WAY JOSE: If I wanted to be brief, you can say No Way Jose is a one-man fiesta! But since we have time, let’s dive into this a bit. The name itself is a nickname that stuck, because back in the day, my Latin temper was a bit more volatile. Would anyone want to mess with Jose back then? No way! But with time, I grew up and tamed the fire once I started opening my eyes to the rhythm of life. There are so many people everywhere, all doing their own thing, but when they come to a show they want to smile. People want to have a great time. The way I see it, there ain’t no way you’re wiping this smile off of my face. That’s what I’m all about now: a nickname to remind me of where I came from, along with a smile and carefree attitude to show where we can end up.

WWE.COM: We’ve seen you incorporate a very unique offense into your matches thus far. What inspires your style?

JOSE: I’ve been all over the world experiencing different cultures and enjoying the uniqueness every culture has to offer. When given the opportunity, I realized no matter where you are, dance is something everyone enjoys and everyone has their own take on it. From the samba in Brazil, merengue and bachata in the Dominican Republic, to polka in Germany and even the can-can in France, dance is universal. I’m trying to create my own from the lessons I’ve learned, and it seems like dance-fighting is becoming a thing. It’s like capoeira, but not as smooth. Incorporate that with some of the highlights of my childhood sport, baseball, which is huge in the Dominican Republic, and it all just fits naturally for me in the ring.

WWE.COM: Let’s look down the road here in NXT. Who are some of the Superstars you look forward to facing?

JOSE: Everyone wants to face the champ, and right now that man is Samoa Joe. He’s been doing this for a very long time and the respect is there, but so is the opportunity to be the best. Then you have the longest-reigning NXT Champion in Finn Bálor, who’s shown the world for years what he’s made of, so to face him would be great. To wrestle Shinsuke Nakamura, my Twitter nemesis but a well-respected and very charismatic and talented competitor, would also be fun. I would like to see if The Drifter would ever play a few songs for me to dance to, but he’d probably say, “no way,” and a fight would ensue. Then there’s a fellow Latino that I’m sure we’ll all get to know very well in Manny Andrade. The brother is an international Superstar who’s sure to make a splash.

WWE.COM: Lastly, when that bell rings and No Way Jose exits the ring, what do you hope the NXT Universe gets from your performance?

JOSE: At the end of the day, I want to have them vibing to the match, getting down with the moves, getting up and dancing in their space. I love to see the enjoyment in their faces, I love to hear the laughter, and I even want them to roar with anticipation as we take my opponents for a spin on “Fiesta Airlines.” I want them to feel the same vibes I’m giving and know that No Way Jose’s time to shine is now.