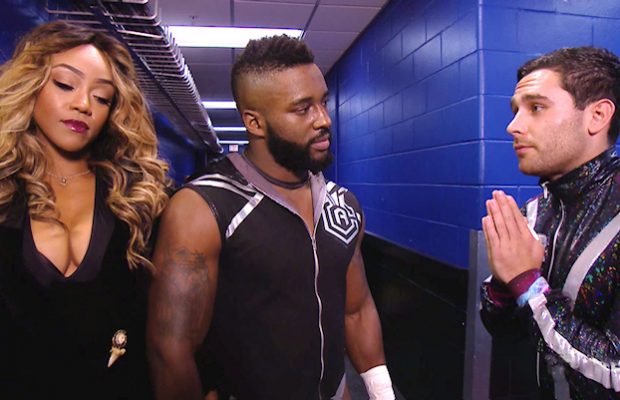 – As seen last night on Raw, Noam Dar continued his courtship of Alicia Fox by “apologizing” to the Florida native. Fox, of course, is dating Cedric Alexander in the WWE Universe, which has led to a feud between the Cruiserweight wrestlers.

There is an odd reason for Alicia’s involvement in this program. Bryan Alvarez revealed last week on a radio show on F4WOnline.com that Vince McMahon thinks it’s hilarious when Dar says “Fox” because due to his thick Scottish accent, it sounds like he’s saying “fucks.” McMahon likes that he can have somebody swear on a PG-rated show and it won’t be censored.

– Tonight on SmackDown LIVE, The Miz looks to defends his Intercontinental Title against Dean Ambrose in the latest chapter of their highly personal rivalry. Here is a video hyping the match.