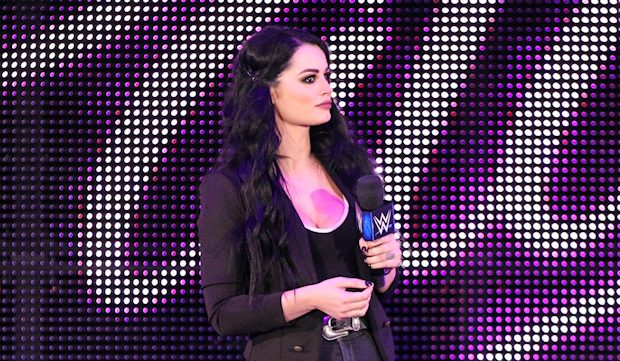 When Vince McMahon appears, he tends to leave Raw looking much different than he found it. And on a night when he promised to “shake things up” on the red brand, The Chairman made his most sweeping change to the WWE landscape in years, announcing that the McMahon family — himself, Stephanie, Shane and Triple H — would collectively oversee both Monday Night Raw and SmackDown LIVE.

With Baron Corbin already on the outs as General Manager of Raw, the timing worked out just fine for the red brand. But what does this mean for Paige?

Just after the McMahon family made their announcement, the SmackDown LIVE General Manager tweeted the following:

Considering how last minute WWE tends to do things at times, Paige seems legitimately concerned. This is a legitimate issue for her because she can’t wrestle anymore due to neck issues. If she can’t be General Manager of a show, what does that leave for her?

Paige then tweeted the following today: