Paul London On Why WWE Is A "Horrible Place To Work," Which Hall of Famer Lost His Respect - PWPIX.net

Home / Wrestling News / WWE News / Paul London On Why WWE Is A “Horrible Place To Work,” Which Hall of Famer Lost His Respect

Paul London On Why WWE Is A “Horrible Place To Work,” Which Hall of Famer Lost His Respect 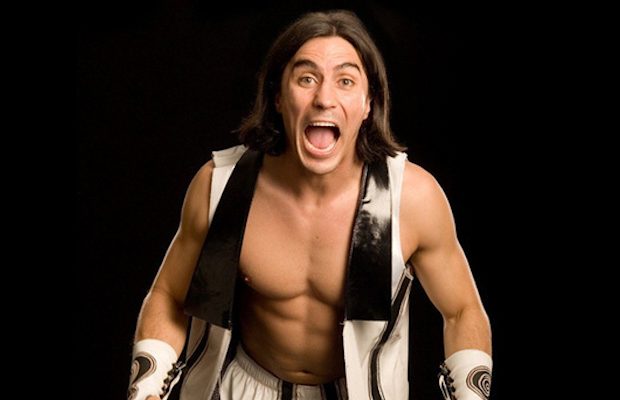 In a passionate interview with the Pancakes and Powerslams podcast, former Superstar Paul London describes the “horrible” atmosphere within WWE, a WWE Hall of Famer he lost all respect for, thanking Vince McMahon for releasing him, and more. Highlights from the interview are as follows:

Getting heat for “stealing” someone’s move:

I remember we were working I think Matt [Hardy] and Shannon [Moore] in New York, and I decided that we could start doing something where Brian [Kendrick] is on all fours, and I run, jump off his back, and do a Shooting Star [Press] off his back. So I started doing that in the matches, and it was getting really good reactions, how we were using them. And I remember [Billy] Kidman coming up to me, and he said, ‘Hey man! You’re gonna steal my move every night?! You’re gonna keep stealing my move every night?!’ I just looked at him and said, ‘Do you do a running Shooting Star off the back?’ He goes, ‘uh… well no, but…’ I go, ‘Well… yeah.’ Brian came up to me and was like, ‘Man, what is wrong with you?! You don’t talk to somebody like that! If I was him, I would’ve slapped you!’ Well, it was kind of a d**khead thing to do to come to me and act like he owns every variation of the move when he can’t even do it that well himself.

His title run with Brian Kendrick lasting nearly a year:

We had really good chemistry with MNM, we always had good matches with them. They’d kind of given up with these other projects that they were throwing at us, like the Shane Twins, whoever those guys were, The Gemini. They were throwing all these teams and really hoping that we would erupt into something to become like the new Legion of Doom for them. That was their precedence for tag teams, the Legion of Doom. Every time, they compared to them. What about your TLC phase? You always go back to your LOD days, which was amazing, but they would continually express their disinterest in the tag team division. So needless to say, eventually when they realized that all these horrible projects of theirs were terrible, it was almost like they ran out of options, [and saw] what we could do with MNM. We just had really good chemistry with them.

Which WWE Hall of Famer “lost of his respect”:

Ted DiBiase, Sr. pretty much lost all of our respect in a matter of seconds. We were sitting in the catering section, everyone had pretty much finished up eating and we were wrapping up eating as well. Million Dollar Man walks in there, and he pulls us aside, well he pulls them aside really, MNM, because I think we were wrestling again the night as a build-up match for the inevitable pay per view championship match. So we were kinda throwing around some ideas for that night, and Teddy walks in there, pulls them aside and says ‘I just want to clarify the decision to [switch] the titles is because Joey has this [injury] issue. It’s not because of these guys; definitely not because of anything that these guys have done.’ He kinda just threw that at us, in our face. It was a really backhanded thing to do. It was just flat out rude. Brian got up, and I think he was about to give The Million Dollar Man Sliced Bread #3, and I had to intercept and walk him outside.

WWE being a ‘horrible place to work’:

When you work there, you eat so much crap. It’s like middle school all over again when you work there, on any level that you’re at. I don’t care if you’re the megastar or the opening guy, corporate office guy, whatever. At some point in your tenure there, you’re gonna be treated like garbage, absolute garbage. And like less of a human being, like the stuff you wipe off of your shoe that you stepped in by accident. And you’re gonna be treated like that constantly. It’s a constant mental hazing. It’s disgusting. It’s a horrible, horrible place to work, absolutely awful place to work. So, it’s not good for human beings of any nature. It was just things that would numb you to life working there.