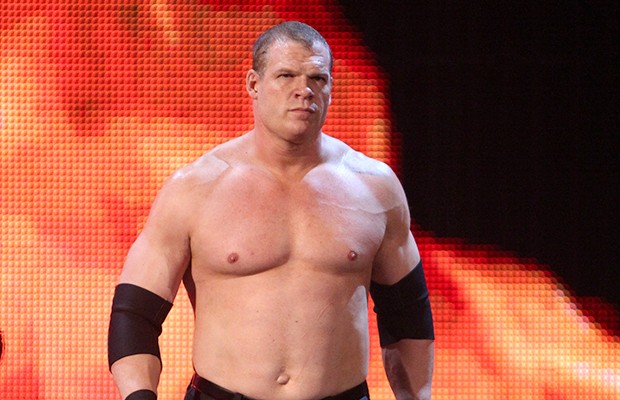 – As noted, “The Walking Dead” star Michael Cudlitz was backstage at tonight’s WWE RAW. Cudlitz was compared to Sheamus when his character first debuted on the show and WWE posted these photos of the two at RAW facing off:

Before his match backstage on #RAW, @WWESheamus and @TheWalkingDead's @Cudlitz admire their similar dashing looks! pic.twitter.com/rQTAa8jlU7

– WWE Tag Team Champion Titus O’Neil brought his kids and some of their friends on the road with him this week. Here they are visiting Adult Swim, TBS and The Cartoon Network before tonight’s RAW in Atlanta:

– WWE posted this photo of Kane being taken to a local hospital after the beatdowns from Brock Lesnar and WWE World Heavyweight Champion Seth Rollins at the end of RAW:

#Kane is rushed to the hospital by paramedics after injuring his leg on #RAW!