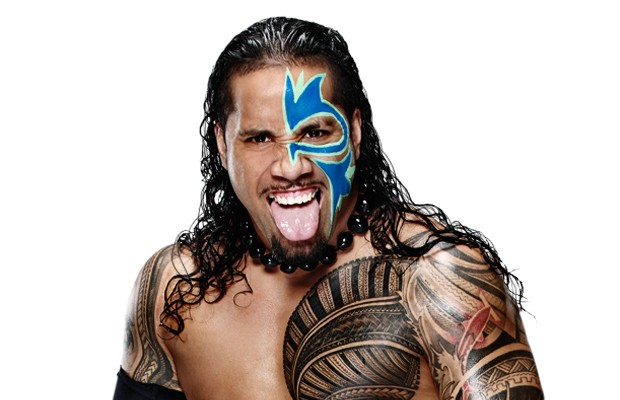 – WWE’s website ran a poll this past week asking fans which NXT Diva should get moved to the main roster following AJ Lee’s retirement – Carmella, Alexa Bliss, Charlotte, Bayley, Becky Lynch or NXT Women’s Champion Sasha Banks. With over 42,000 votes, Charlotte is leading with 46%. Sasha is next with 26% and Bayley has 15%.

– As noted, Jey Uso underwent surgery to repair recent injuries and will be out of action for up to six months. He tweeted the following today:

Surgery done…uce is resting up. Coming back stronger than ever so me and my bro win back OUR titles #USOOOOO pic.twitter.com/MeZ47Wgsf6

– Below is a shot of the live “Mr. Perfect” Curt Hennig painting that WWE artist Rob Schamberger is doing at the Cauliflower Alley Club Reunion this weekend:

Related Items
← Previous Story Video of Fans Rushing the Ring at WWE SmackDown, Roman Reigns Appears After the Tapings
Next Story → Jim Ross One-Man Show Airing on the WWE Network In the Future?, Ross Also In Talks for WWE 2K16