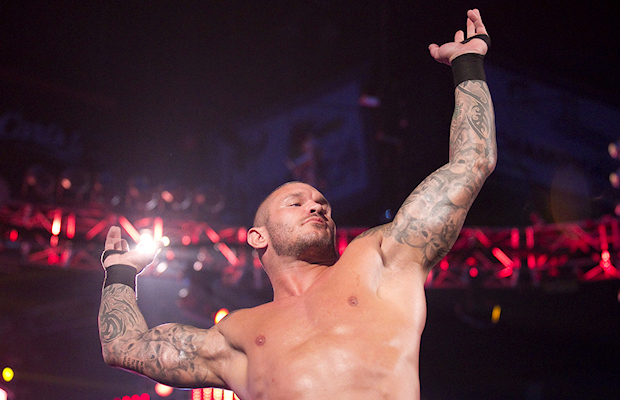 – STLBaseballWeekly.com spoke with Randy Orton while he was at the St. Louis Cardinals vs. NY Mets game this weekend. The full interview is at this link. Orton revealed that his mom will be in the front row for his WWE Battleground match against Sheamus tonight. Orton also commented on WWE World Heavyweight Champion Seth Rollins, possibly facing him next and who else he might want to face:

“It’s not really fair to say Seth Rollins since I just came out of a program with him. All that aside, from just a business standpoint and just speaking truth, I think he’s the absolute best guy who’s come up in a long time. I know that I can have a really good match with him and it’s entertaining–he’s a fun guy for me to beat up, that’s all I can say.

There are a couple guys coming up. Finn Balor, I know he’s going to make his debut soon. Kevin Owens, he seems like he would be fun to work with. There’s a lot of these new guys and I think really any one of them, take your pick. Neville–he’s tiny but he does all these flips. I could pluck him out of the air with an RKO I’m sure just easily, that would be nice. All these new guys, take your pick. I think any of them would be cool to work with.”