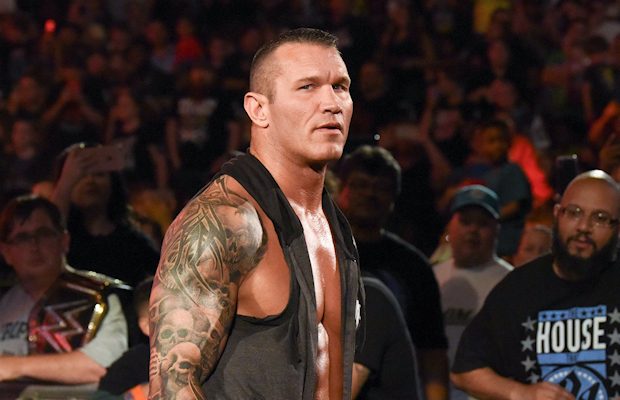 WWE is “looking into” a 2012 claim that Randy Orton exposed himself to the company’s writers and touched himself in front of them.

The SmackDown LIVE Superstar is under investigation after former WWE creative writer Court Bauer said on a podcast in 2012 that Orton would “initiate” new writers by pulling out his penis and touching himself.

WWE reps confirmed to multiple news outlets that the organization is in the process of “looking into the matter.”

The 2012 claim resurfaced after a Reddit user shared Bauer’s quotes about Orton.

Bauer recalled, “For every new writer that would show up, [Randy Orton] came in the room, put his hand down his pants, pull out his dick, touch himself, then say, ‘I’m Randy Orton, shake my hand … Oh, you don’t want to shake my hand? You’re big leaguing me? That’s fucked up man. Should I tell Vince [Vince McMahon] and Steph [Stephanie McMahon] you won’t shake Randy Orton’s hand?'”

According to Bauer, the writers would all start sweating and backing up into a corner while Orton went on a spiel with his penis hanging out. Bauer adds that Orton was very intense backstage and he could never tell if “he was fucking with you or he was really hot.”

Bauer said that on his first day working for WWE at a television event, Orton was just about to pull his penis out in front of him, but Stephanie McMahon suddenly appeared and “that shit went right back in his pants.” Bauer described it as “a teacher entering the classroom” and considers himself lucky.

When asked if he would have shaken Orton’s hand, Bauer said, “I don’t know. I’m a bit of a germaphobe.”

Bauer says this is something Orton did during his [Court’s] entire time at WWE (summer 2005 through summer 2007), and he’s surprised Orton didn’t get accused of sexual harassment.

You can listen to the episode (titled “Ribbing & Junk) here, but it’s behind a paywall. The story on Orton is mentioned in the episode description: “Randy Orton pulling his cock out in front of writers backstage at WWE shows.”

Last Friday, Bauer addressed the incident on Twitter after a user directly tweeted him and asked if it really happened.

Bauer responded on his account with a flat, “Yes.”

“I don’t have any comment on the recent stories about Orton’s backstage behavior other than to say that I always avoided shaking hands with him during my time on the WWE creative team,” Eck wrote.

“… would rather shake hands with Randy Orton and risk an appearance by “the little Viper” than listen to a promo from The IIconics?

“Either way, you’re probably scarred for life, but at least Orton’s naughty handshake won’t cause your ears to bleed.”

Actor Freddie Prinze Jr., who also was a member of the WWE creative team from 2010 through 2012, responded to a question on Twitter asking if he ever shook Orton’s hand.

Orton allegedly joked with WWE staffers on Tuesday during SmackDown LIVE’s dark main event about the sexual harassment claims, according to a report by WrestlingInc.com.

Prior to the match, Orton approached WWE crew members who were ringside and offered a handshake, shaking the hand of one staffer whilst laughing. The whole group then reportedly burst out laughing afterward.