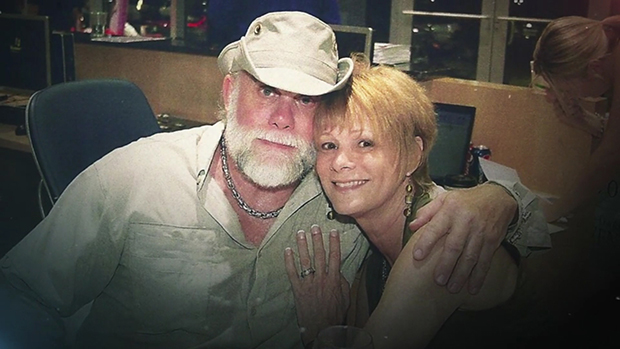 “Macho Man” Randy Savage, who passed away on May 20, 2011, was married twice: to Elizabeth Ann Hulette, who famously became his manager in the World Wrestling Federation, and Barbara Lynn Payne, his longtime girlfriend.

Although Savage’s on-screen relationship with Miss Elizabeth in the World Wrestling Federation culminated with the couple getting married in a special ceremony at the 1991 SummerSlam dubbed The Match Made in Heaven, in reality, the two had been married for several years by that time. On December 30, 1984, Savage, real name Randy Mario Poffo, married Elizabeth Ann Hulette.

Their on-screen marriage would be short-lived as the couple divorced sometime in 1992, shortly after Hulette’s final appearance for the World Wrestling Federation—April 19, 1992 at a live event in Sheffield, England. After their divorce was finalized in the summer, Savage issued a statement that was printed in an issue of WWF Magazine revealing that he and Elizabeth were no longer married. He noted that “the divorce is nobody’s fault” and thanked fans for their support over the years. The publication of Savage’s statement marked, at the time, a rare acknowledgement of the private lives of the talent of the World Wrestling Federation.

Savage continued to appear for the World Wrestling Federation through 1994 and with the exception of his statement in WWF Magazine, his divorce from Elizabeth was not otherwise acknowledged by the organization nor its performers. In January 1996, Elizabeth resurfaced in World Championship Wrestling to become Savage’s manager once more, where they maintained a professional relationship.

Savage re-married on May 10th, 2010, to Barbara Lynn Payne. While playing minor league baseball for the Tampa Tarpons in 1974, Savage met his future wife while walking on Lido Beach in Sarasota, Florida. They dated for a few years before heading in directions.

The two had lost touch, and got back together nearly thirty-five years after breaking up. They were married on the beach were they first met, many years prior.

“Thirty-six years ago, Lynn and I met on Lido Beach,” said Savage during the ceremony. “I feel so fortunate that I had a second chance to marry my first love, here where it all began.”

Ten days after celebrating their one-year anniversary, Savage suffered a heart attack while driving in Seminole, Florida, a town on the Pinellas County side of the Tampa Bay area. According to the Florida Highway Patrol, he was driving with his wife, a 2009 Jeep Wrangler west on State Route 694 at 9:25 a.m. After having the medical event, Savage lost control of the Jeep. The vehicle traveled over the raised concrete median divider, crossed over the eastbound lanes, over the outside curb, and collided head-on with a tree.

The Seminole Fire Department responded to the scene and provided medical care before Savage was transported to the Largo Medical Center, where he passed away. Payne was taken to Bayfront Medical Center with minor injuries and released that afternoon.

Initial reports of Savage’s death indicated that he had been killed in the collision, when in fact he and his wife had been wearing seat belts and suffered only minor physical injuries in the crash. An autopsy performed by the Pinellas County Forensic Science Center found that Savage had an enlarged heart and advanced coronary artery disease. There were drugs found in his system; a prescription painkiller and small traces alcohol. Savage, who was 58-years-old, had never been treated for heart problems and there was no evidence that he was aware of his heart condition. His cause of death was officially ruled as “atherosclerotic heart disease.”