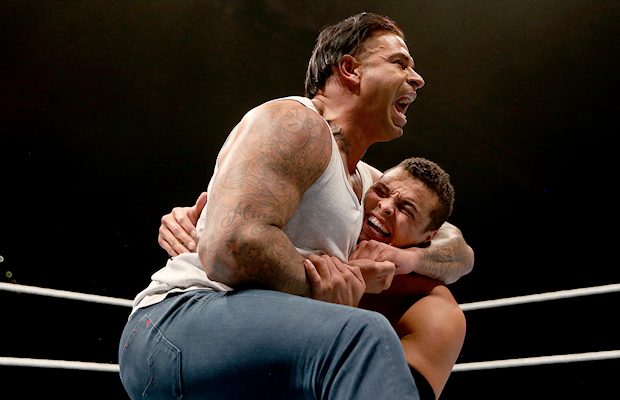 – WWE posted the following clip of the RAW Tag Team Champions The New Day playing football while on tour in Frankfurt Germany:

– As previously reported, former German soccer player Tim Wiese made his in-ring debut at a live event in Munich this past Thursday. Wiese has been training at the WWE Performance Center and teamed with Cesaro and Sheamus to defeat Bo Dallas and The Shining Stars. For those wondering, Bild.de reports that Wiese is making around $300,000 under the current deal he has with WWE.

– Triple H attended the Concussion Legacy Foundation’s 9th annual Impact Awards last night in Boston. He is on the CLF Board of Directors. Here he is with CLF founder and former WWE Superstar Chris Nowinski, who was also at Hell In a Cell last Sunday:

Headed back from the 2016 #CLF Impact Awards. Thanks to @ChrisNowinski1 and everyone at @ConcussionLF for their continued work in the field. pic.twitter.com/JkipTh0NzN