Does Ric Flair Plan On Getting Married Again?, Raw Star Wants To Team With Asuka In WWE MMC - PWPIX.net

Does Ric Flair Plan On Getting Married Again?, Raw Star Wants To Team With Asuka In WWE MMC 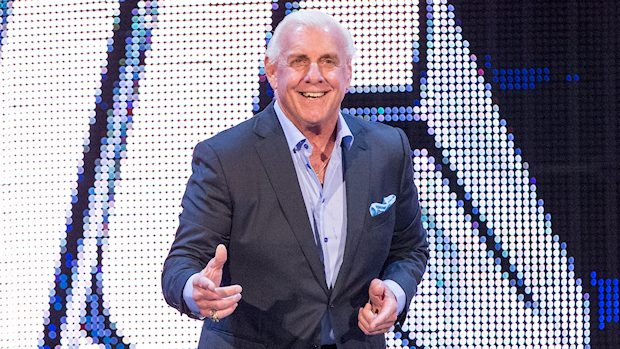 – On the latest edition of “Fan Questions With The Nature Boy,” Ric Flair addressed his relationship with girlfriend Wendy Barlow (aka Fifi the Maid in WCW) and whether wedding bells are in their future

“Oh, most certainly, yeah,” said Flair, who’s been married four times. “It’s just a question of, you know. her children are in school … it’s a long story.”

Flair married his first wife, Leslie Goodman, on August 28, 1971. They had two children, daughter Megan and son David, before divorcing in 1983 after twelve years of marriage. On August 27, 1983, he married his second wife, Elizabeth Harrell. They had two children, daughter Ashley and son Reid. Flair and Beth divorced in 2006 after nearly 23 years of marriage. On May 27, 2006, Flair married his third wife Tiffany VanDemark, a fitness competitor. In 2008, Tiffany filed for divorce from Flair, which was finalized in 2009. On November 11, 2009, Flair married his fourth wife, Jacqueline Beems, in Charlotte, North Carolina. In 2012, Flair filed for divorce from Beems, which was finalized in 2014. Flair began dating Barlow in 2012 and they got engaged last year.

Flair also reveals that he cried when the Cleveland Cavaliers lost to the Golden State Warriors in this year’s NBA Finals and that it contributed to his health issues in August.

– Goldust is clamoring to team with Asuka in WWE Mixed Match Challenge, airing exclusively on Facebook Watch beginning Tuesday, January 16, at 10 ET/7 PT. In this video from backstage at today’s WWE live event in Toronto, Ontario, Canada, Goldust says they should team since he competed in a Mixed Tag Team Match before, with Luna Vachon at WrestleMania 14 (against Marc Mero and Sable). However, “The Empress of Tomorrow” says he’s not ready for Asuka.