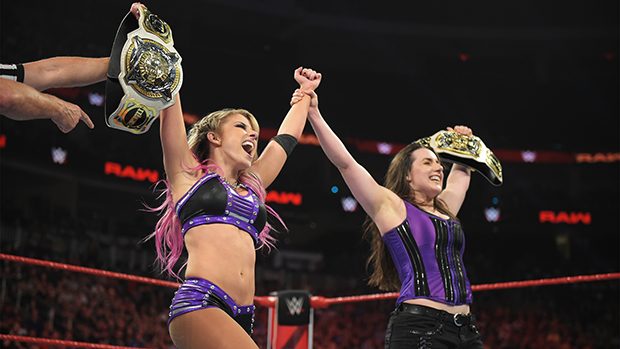 — WWE announced today that Alexa Bliss and Nikki Cross will defend their WWE Women’s Tag Team Championship on this Monday on Raw against a team that came very close to winning them instead: Asuka and Kairi Sane.

.@AlexaBliss_WWE & @NikkiCrossWWE will put the WWE #Women‘s Tag Team Championships on the line against @WWEAsuka & @KairiSaneWWE on the #RAW after #SummerSlam!https://t.co/i6OnfzRfIq

The Kabuki Warriors will be the new WWE Women’s Tag Team Champions’ first challengers just one week after the Fatal 4-Way Elimination Match that saw Bliss and Cross snap the four-month reign of The IIconics.

— Kofi Kingston’s friends and family weigh in on his longtime love of video gaming in this extra from WWE 24 – Kofi Kingston: The Year of Return, streaming this Sunday after SummerSlam on WWE Network.