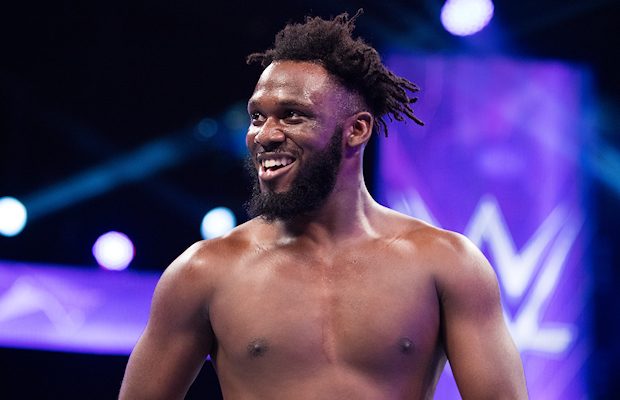 – As seen on this week’s WWE 205 Live, Akira Tozawa made his debut and picked up a win over Aaron Solow. Video from the match is below:

The "Stamina Monster" @TozawaAkira is DEFINITELY putting the Cruiserweight Division ON NOTICE in his @WWE205Live debut! #205Live pic.twitter.com/rKY5cpYBEE

– 66% of fans on Twitter gave this week’s WWE SmackDown a thumbs up with over 3600 votes, seen below in this poll:

Did you enjoy tonight's episode of #SDLive?

– We noted before that Rich Swann suffered a foot injury in Monday’s RAW segment with WWE Cruiserweight Champion Neville. Swann was wearing a boot and using a crutch on last night’s 205 Live but still got physical with Neville. Below are GIFs from their backstage segment:

"I hurt my ankle last night, kicking the crown off of @WWENeville's head!" – @GottaGetSwann #205Live pic.twitter.com/ckiy3gsPtB

RICH: "Bum ankle or not, you'll NEVER keep me down!"
NEVILLE: "I beg to differ!" #205Live pic.twitter.com/sPAZAonSW6