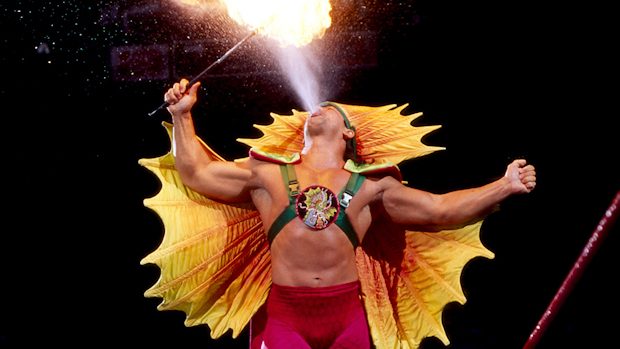 Ricky “The Dragon” Steamboat says he’s doing well after going under the knife on Monday for hip replacement surgery.

The 65-year-old WWE Hall of Famer tweeted saying he was able to get up and walk around without pain just four hours after surgery. He also thanked fans for their love and prayers.

Got up and walked down the hall about 4 hours after surgery with zero pain. Thx for all the love and prayers sent my way….prayer works! pic.twitter.com/bviPd2qx5Q

The hip issue wasn’t enough to keep Steamboat off the road prior to surgery though, as he appeared at the Fanboy Expo in Knoxville, Tennessee over the weekend. He tweeted this video of himself confirming @real_steamboat as his Twitter account. You’ll also see fellow WWE Hall of Famer Theodore Long pop up in the video.

Trying this video again to get the word out to all my fans about my account…please share! Thx everybody! pic.twitter.com/2ZoJruclj2

Just before he was getting ready to fly home on Sunday, Steamboat said he was undergoing hip replacement surgery and asked for well wishes and prayers.