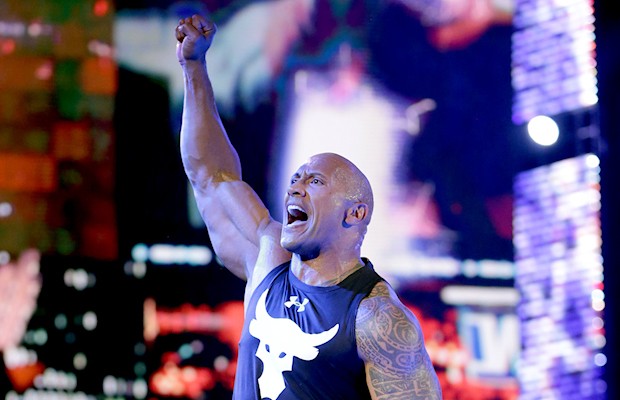 – As seen below, TMZ caught up with Brooke Hogan and asked how Hulk Hogan might spend the big court settlement he’s been awarded.

– This week’s WWE SmackDown ranked #4 among non-sporting events for the night in Nielsen’s Twitter TV ratings, behind Grey’s Anatomy, Scandal and American Idol. SmackDown had a unique audience of 945,000, which represents the number of Twitter accounts that commented on the show. This is up from the 431,000 on March 17th, when the show ranked #5. SmackDown had total impressions of 2.775 million, which represents the number of times tweets about the show were seen. This was up from March 17th’s 1.766 million.

– The Rock has made his second tweet in the past week about possibly running for President of the United States in the future. He wrote the following when a fan said they would vote for him:

Thank you sir. One day. Imagine the legendary gluttonous cheat meals I could have in the White House. https://t.co/AvJlp9STik