Is Roman Reigns Headed To SmackDown In WWE’s Brand Split? 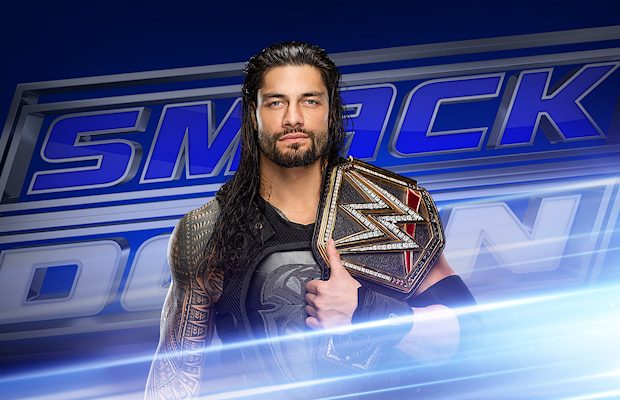 It was reported this week in the Wrestling Observer Newsletter that WWE higher-ups plan on having WWE World Heavyweight Champion Roman Reigns anchoring Raw when the brand split goes into effect next month, with John Cena being the top star on SmackDown.

While nothing is official until it’s announced, advertising for the first live SmackDown on July 19 at the DCU Center in Worcester, Massachusetts has Reigns taking on Seth Rollins. Other stars advertised for the event include Dean Ambrose, AJ Styles, Kevin Owens and WWE Women’s Champion Charlotte.

Last week WWE announced that for the first time ever, SmackDown will air LIVE and move to Tuesdays every week beginning July 19. Be there on Tuesday, July 26 as SmackDown airs LIVE from First Niagara Center in its second live broadcast of the “New Era”.

Tickets for the following week’s SmackDown at the First Niagara Center in Buffalo, NY go on sale on Saturday, and advertising for the event features the same stars; Reigns, Rollins, Ambrose, Styles, Owens, Charlotte and The New Day.