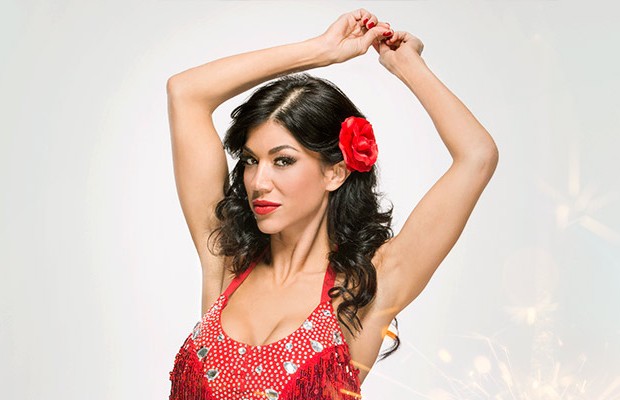 Beth Phoenix has thousands of fans around the world, but none as obsessed as Rosa Mendes. In late 2008, the beauty from Costa Rica began popping up at WWE events with signs that stated her affection for the “Glamazon.” Mendes’ fondness for Phoenix seemed innocent enough at first. But it wasn’t long before she started to jump the guardrail and attack her idol’s opposition.

Mendes’ obsession could’ve turned ugly, but rather than shun her crazed fan, Phoenix made the unorthodox decision to actually bring her closer. As Phoenix’s intern, Mendes earned a first-hand education in competing in the Divas division.

In October 2009, Mendes, moved from Raw to ECW, where she began a torrid relationship with Zack Ryder. The two up-and-comers dated until Mendes was shipped to SmackDown in the spring of 2010. While on SmackDown, Mendes’ tireless work with a Shake-Weight was recognized when she was presented with the prestigious 2010 Slammy Award for Best Use of Exercise Equipment.