Rosa Mendes Gets Back In The Ring After Long Absence - PWPIX.net

Rosa Mendes Gets Back In The Ring After Long Absence 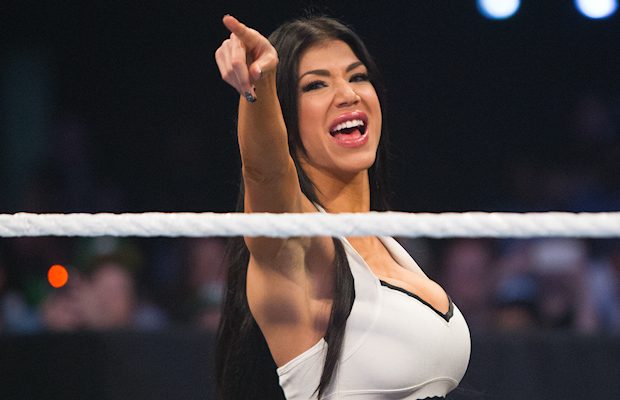 During a recent interview with Sportskeeda, former WWE star Rosa Mendes — real name Milena Roucka — said she has plans on returning to the ring this week. As planned, Mendes got back in the ring this week for some training sessions at MCW Pro Wrestling’s Training Center in Joppa, Maryland.

MCW tweeted this photo of Rosa at their Training Center, saying she’s on the ‘comeback trail.’

Mendes tweeted the following after her first training session.

Fell asleep early, and now I’m up thinking about how I can’t wait to get back in the ring tomorrow, being in that ring is the best feeling in the world, although I’m so sore. It’s so worth it 💪🏼

So excited!! Just getting that rust off first. It’s been a year. @MCWWrestling is the best. It’s worth the long drive.

Mendes has not said yet what she has planned for her wrestling comeback.

Mendes stopped wrestling in April 2015 and announced a few months later that she was pregnant. After giving birth to her first child, a daughter named Jordan Elizabeth on February 13, 2016, Mendes announced her retirement from WWE exactly one year later. On how life has been for her away from wrestling, she told Sportskeeda:

Mendes made her first appearance at an independent wrestling event last month for MCW, as she introduced The Four Horsemen (Ric Flair, Arn Anderson, Tully Blanchard, Barry Windham and J.J. Dillon). Here is video of her ring entrance.