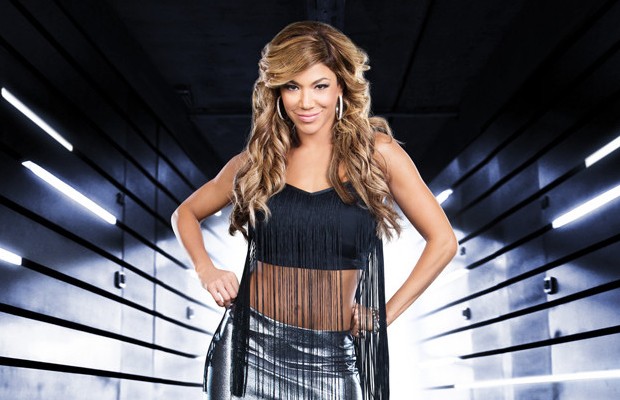 Following a multi-car accident in Las Vegas, Nevada Friday evening, Rosa Mendes has been released from the hospital. In an exclusive interview with WWE.com, the SmackDown Diva describes the incident and provides an update on her medical condition.

(Photos From The Car Accident ▸)

The accident involving five cars occurred at approximately 6:45 p.m. after a Mercedes in a turning lane switched lanes, causing a truck to jackknife and a series of successive collisions. Riding her friend’s black Hummer as a passenger, Mendes and the driver were stopped at a light when they were struck from behind by an automobile that was also hit and moving at high speed.

“We were talking when all of a sudden, I saw in my rear view mirror a truck coming really fast. It jackknifed,” Mendes stated Saturday morning. “We were the last car hit, so we had the most impact. We slid two car lengths. I didn’t know when it was going to stop. If we weren’t in the Hummer, we would’ve been seriously injured.”

Mendes was wearing her seatbelt but the impact of the collision knocked her to the automobile’s floor as she blocked her head from hitting the dashboard.

“My neck and back were really hurting,” Mendes said. “My body is my job. I was so scared that I was not going to be able to wrestle. I was in a lot of pain.”

Mendes was taken to the hospital for evaluation and released a few hours after the accident. She suffered serious whiplash but no other major injuries were reported. She was instructed to rest and recover.

“Nothing’s broken,” she said. “I feel like I can wrestle but the whole right side of my neck and back have a burning sensation.”