Rosa Mendes Talks About WWE Supporting Her During Pregnancy, How She's Doing, Her WWE Character - PWPIX.net

Rosa Mendes Talks About WWE Supporting Her During Pregnancy, How She’s Doing, Her WWE Character 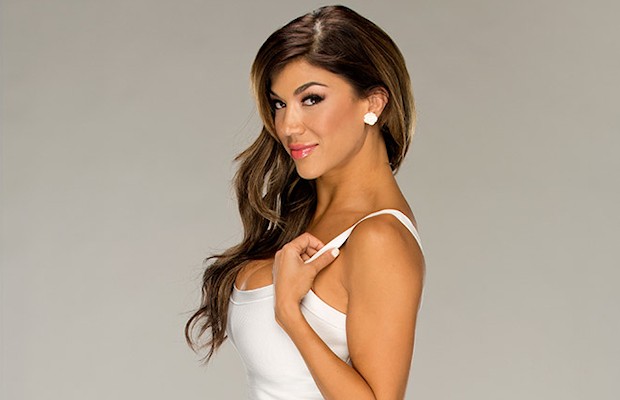 – Rosa Mendes recently spoke with Yahoo Parenting to talk about the return of WWE Total Divas and her pregnancy. The full interview is at this link. Below are highlights:

You’re due in February! How are you feeling these days?

I felt so lucky, I was having a breeze and bragging to everyone, like, “I love being pregnant! I’m one of the lucky ones!” And now this third trimester has been so tough. I’m tired. But when I stay active, I feel a lot better. So I’m trying to keep on my feet and keep busy, but there are hot flashes and stuff. And it’s hard to bend over.

Have there been other pregnant WWE divas?

No, I’m the first in history that’s still working. And the WWE has supported me so much. Being in such a physical industry, I was worried it would affect my career, but no — when I told them, they congratulated me. It’s been such an empowering experience finding a new role for me in the company, which you’ll see on “Total Divas.” It keeps me away from the line of fire [but] still able to be part of the show and do what I love to do most. It’s been such an amazing experience. … My fiancé ordered a onesie from the WWE online shop that says: “Future Divas Champion.” It’s so cute, in pink. So she’s a little diva already.

Your WWE character can be kind of crazy and mean. How much of your real personality is in there?

You know it’s good vs. evil in the WWE, so I love playing that character so much. I love performing. I’ve loved performing since I was a kid, so it’s just kind of like an escape. But I’m very down to earth — I’m Canadian and Costa Rican — but sometimes I still have that Latina temper, which is in my blood. That comes out once in a blue moon, so it’s not too far-fetched.