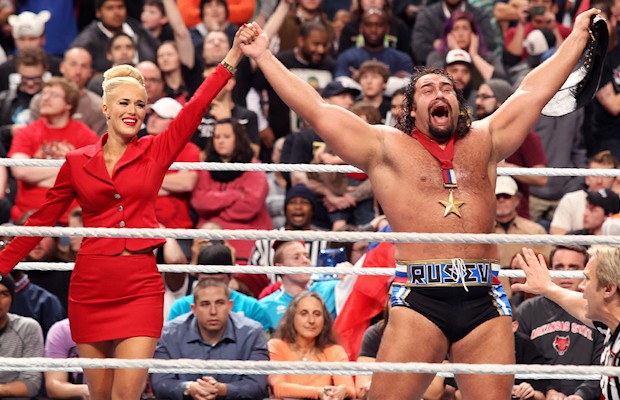 – The final 40 competitors for WWE Tough Enough are flying into Orlando today to begin working at the Performance Center. Talents were told that cameras will be rolling as soon as they arrive. They are being filmed for the WWE Network special that will air next week.

– WWE will return to New Orleans on January 11th, 2016 for a live RAW. A pre-sale is going on right now with the password WWERAW.

– Rusev is taunting Lana on Twitter after he caused the ankle injury on last night’s RAW. He tweeted:

– We noted before that WWE Hall of Famer Scott Hall announced on Twitter that he’s entering a detox facility to help with his ongoing issues. Hall posted this follow-up tweet and has received positive message from Eric Bischoff, Matt Hardy and others:

I'm on the mend. It's a struggle