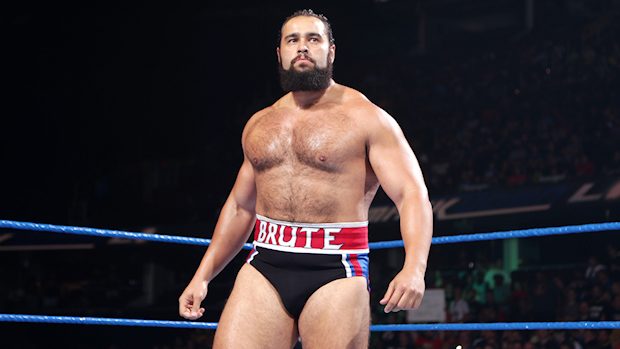 – Below is video of Rusev reacting to his loss to Randy Orton on this week’s WWE SmackDown, causing The Bulgarian Brute to miss out on a spot on Team SmackDown at Survivor Series. Rusev says his game plan was to plan for AJ Styles all week but instead he got Orton and he feels like SmackDown Commissioner Shane McMahon made the unfair move on purpose. Rusev goes on about the loss and knocks Shane for making himself Team Captain without qualifying. Rusev says anyone watching knows he’s right, and he deserves respect & to be treated right.

– Below are the top 10 moments from this week’s SmackDown in Manchester:

– Below are tweets from Jinder Mahal and The Singh Brothers on new WWE Champion AJ Styles getting his title back on this week’s SmackDown:

How many men can say they’ve been @WWE champion?

For 6 months The Maharaja has ruled & will get back what belongs to him.

Congrats, AJ Styles, you now have a bullseye on your back. #SDLive

.@AJStylesOrg was the better man for one night. Mark my words, The Maharaja will raise the crown again.