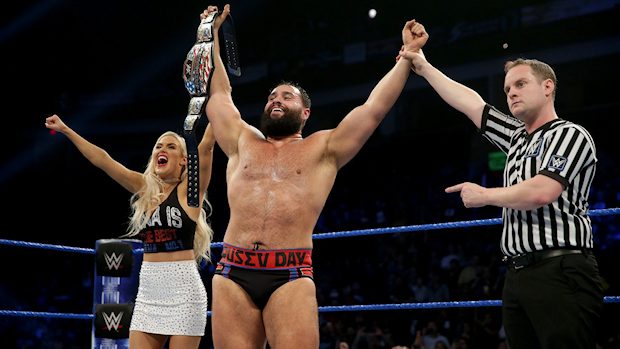 With Lana by his side, Rusev defeated Shinsuke Nakamura on tonight’s episode of SmackDown LIVE to become the new United States Champion.

With his victory, Rusev is now a three-time United States Champion. Nakamura won the title from Jeff Hardy on July 15 at Extreme Rules.

In this post-match interview with Kayla Braxton, Rusev revels in winning the United States Championship on his 33rd birthday, Christmas Day and Rusev Day.