Home / Wrestling News / WWE News / Ryback on Winning the WWE Intercontinental Title, How His Character Has Changed, What’s Next

Ryback on Winning the WWE Intercontinental Title, How His Character Has Changed, What’s Next 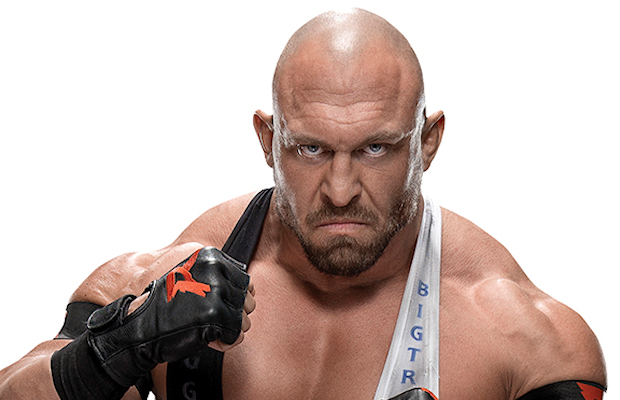 – Ryback recently spoke with The State-Journal Register to promote Friday’s WWE live event in Springfield, IL. The full interview can be found at this link. Below are highlights:

SJ-R: Ten years after you entered the WWE system (starting in its developmental system in 2005 and debuting on the main roster as Ryback in 2012), you have finally captured WWE gold. How satisfying was that win on May 31?

Ryback: I came into the WWE through “Tough Enough” (a WWE reality show competition) in 2004. … I learned right away how hard this is. I had trainers tell me that I didn’t belong in WWE, that I should quit. And when I got signed by WWE (in 2005) I was told they expected me to pick it up really quick. … They had very high expectations for me. I wouldn’t say I didn’t live up to those. … I just think sometimes people expected a little too much too soon. I had a couple of major injuries and big setbacks. But throughout all of that, the one thing I never stopped doing was believing in myself. I’ve always been very confident in my abilities in what I can do. Sometimes, that doesn’t always happen on the timescale I even have set for myself. But the main thing is I keep getting back up and I keep moving forward. And (the Intercontinental Championship win) was a culmination of all that hard work and dedication.

SJ-R: Explain the character of Ryback. Who is he and how has he changed since he debuted in 2012?

Ryback: The Ryback you’re seeing on TV right now is an extension of my personality. Obviously when I step inside the ring with the adrenaline going and that energy, I’m very, very intense. It’s the same intensity you saw when I came into the WWE in 2012. I think now, though, I’m much more comfortable not always having to be acting a certain way. I think sometimes people see you and if you have a certain look, they expect to always be angry or always be intense. What I’ve been able to do over the last couple of years is kind of just find my comfort zone in front of the cameras and in front of the WWE fans and communicate with them that I’m a real person and I’m just very, very intense when I’m in that fight mode inside the ring. … I’m very big on motivational-type stuff, the law of attraction and keeping a positive mindset. I say start full and end empty, always waking up each and every day and just being your best and giving it everything you’ve got. … At the end of the night you go to bed, say thank you and you wake up hungry the next day.

SJ-R: With your first WWE title now around your waist, what’s next for Ryback?

Ryback: The next step is now having a lengthy WWE Intercontinental Championship title reign and going out there and showing people that I’m worthy of carrying that title that greats like Bret Hart, the British Bulldog, Razor Ramon, Shawn Michaels and Triple H have held, living up to that potential and defending that title each and every week.