Home / Features / Scott Hall Talks About Why He Left WWE For WCW, His Relationship With Shawn Michaels, Curtain Call

Scott Hall Talks About Why He Left WWE For WCW, His Relationship With Shawn Michaels, Curtain Call 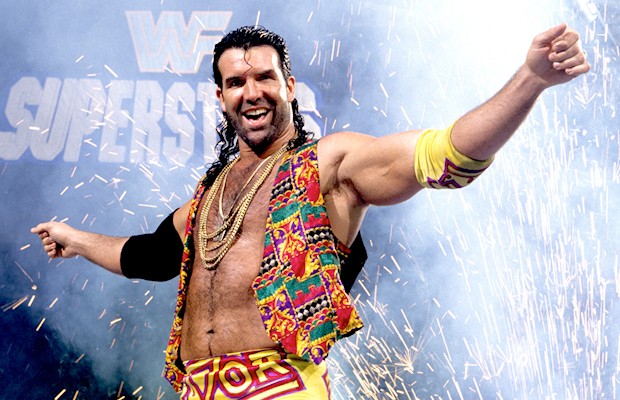 WWE Hall of Famer Scott Hall recently chatted with “Stone Cold” ‘Steve Austin on his podcast, The Steve Austin Show – Unleashed!. During the interview, Hall spoke about many topics, including his relationship with the “Heartbreak Kid” Shawn Michaels, the Madison Square Garden Curtain Call, and his decision to leave WWE for WCW.

When asked about meeting Michaels for the first time, Hall stated that they first crossed paths in Kansas City, Missouri. Hall recalled that Michaels was so good even in his early days as a professional wrestler, that he would call the matches to the guys that were going over that night. Hall continued on to say that he and Michaels immediately hit it off, and have remained close friends ever since:

“Well, at that time, I was booked as a heel, so I thought, ‘finally, some little pretty boy that I can toss around and he doesn’t have a problem with it’. A lot of those guys, they don’t want to be bumped or anything and not by me,” Hall said.

“To me, the only reason it made sense was Shawn had been suspended while being the Intercontinental Champion. They had a battle royal. I went over. They made me the Intercontinental Champion having never beat Shawn. And Shawn came back from the suspension still wearing the belt, so I’m wearing the belt. And it was working because we’d come to the ring and people would be like, ‘well, who’s the real champ?’,” Hall added, “we did it with an 8 foot ladder. Now these guys use 20 foot ladders. No thank you! No thanks!”

Hall recalls his match with Triple H the night of the now infamous “Curtain Call” at Madison Square Garden. According to Hall, up until the end of the match, the crowd had chanted “please don’t go” at him and just minutes after the finish, the crowd began to chant “you sold out:”

“I remember pointing because Vince [McMahon] always stood right outside the curtain, I remember I pantomimed. I looked at Vince. I went, ‘you tell him give me the money. I’ll stay right here,’” Hall continued, “So I grabbed the mic, and I said, ‘lets see if this works.’ I went, ‘say, goodbye’ and then everybody with me, ‘to the bad guy’ together. And I just rolled out of there. It was sad for me! I didn’t want to leave!”

Hall then indicated that he really didn’t want to leave WWE, but the money in WCW was just too good to pass up. Hall said that Vince McMahon remained calm even though two of his biggest draws were about to leave WWE:

“I didn’t want to leave [WWE], but I’ll say this for Vince, he never sold. I mean, the buildings were sold out. Kev [Nash]’s on top and I’m semi main [event]and he’s not selling,” Hall continued, “I really felt like I had sold out. I felt horrible! I remember driving away that night thinking, ‘man, what have I done?’.”

You can listen to the entire podcast here.