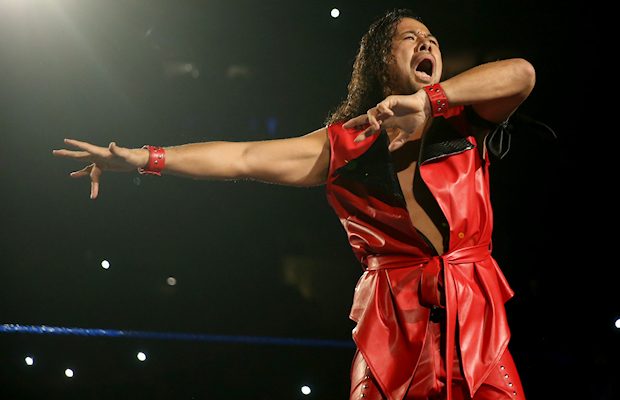 – WWE posted this video of Shinsuke Nakamura surfing and contemplating what they are calling the biggest match of his career at SummerSlam. Nakamura, who has been surfing since 2003, will challenge Jinder Mahal for the WWE Title on August 20th at SummerSlam in Brooklyn. Nakamura says he’s calm and peaceful in the ocean but he will be much different at SummerSlam.

– Indie star Lio Rush, who won the 2016 ROH Top Prospect tournament, is expected to start training with WWE NXT soon. It’s believed he’s already signed to a deal. Rush is set to work his final indie date this Saturday for the Maryland Championship Wrestling promotion in Joppa, MD. He will be wrestling his trainer, Bruiser. PWInsider notes that Rush got into the business with MCW and added one final indie date to his run so he could say goodbye to the company. He also chose the opponent for Saturday.

– Sean “X-Pac” Waltman, MMA/pro wrestling star Josh Barnett and actor Crow Garrett were among those in attendance for last night’s WWE NXT live event in Los Angeles. NXT General Manager William Regal tweeted about catching up with the three and Garrett thanked Regal for allowing him to attend the show.

As seen below, Barnett also thanked Regal and commented on Kassius Ohno copying him during a promo with Hideo Itami:

😲I just watched Chris Hero bite my shit in a promo at KENTA in NXT. Or homage. Whichever, I was surprised.