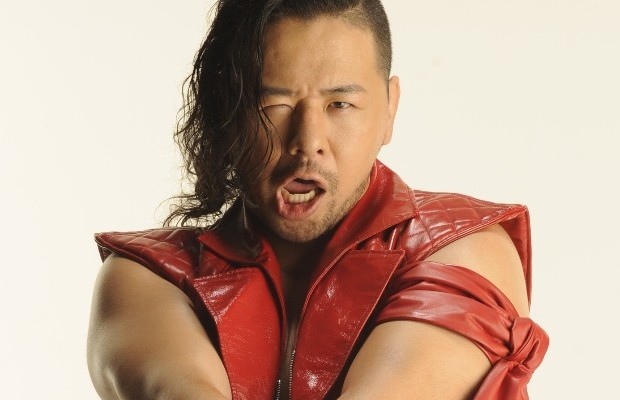 – Below are synopsis for upcoming episodes of WWE Total Divas:

February 16th: Come Reign or Shine – Brie challenges Nikki on whether it is worth risking an injury for the chance to become the longest reigning Divas Champion; Alicia and Rosa argue over their visions for Rosa’s baby shower; Nattie questions whether Mandy has her priorities straight.

February 23rd: End of A Friendship? – Brie pushes her sister away when she refuses to enable Nikki’s fear of being alone; Rosa stresses out about her religious mother meeting her atheist boyfriend; Alicia Fox thinks about ending her friendship with Paige

– Paul Heyman confirmed on Twitter that he will be with Brock Lesnar at Saturday’s WWE live event in San Jose, California. No word yet on who Lesnar will be wrestling but no members of The Wyatt Family are scheduled for that event.

– As noted, Shinsuke Nakamura arrived in New York City on Tuesday night and was met by former WWE star Sho Funaki. Nakamura was in Pittsburgh, PA today, likely for WWE medical tests. From there he’s expected to report to the WWE Performance Center in Orlando later this week.