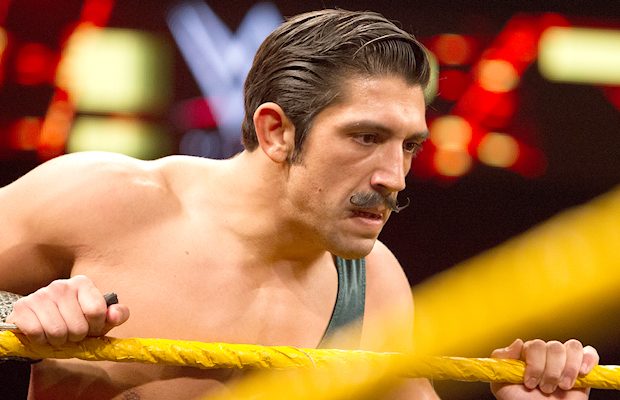 – Below are the top 10 moments from Monday’s “Superstar Shakeup” edition of WWE RAW from Long Island:

– We noted a few months back that WWE was not making any mention of Paige and Alberto Del Rio in their coverage of the sixth season of Total Divas. The season resumed last week and WWE continues to snub the couple on their official website and social media. The Total Divas photo and video galleries have no shots of Paige or Del Rio and the official WWE website recap does not mention their storyline. The only material where you will find a mention of Paige and Del Rio is from the E! network. As noted, word going around at Monday’s RAW is that officials are still expecting Paige to return to the ring from neck surgery this summer.

– As noted, Simon Gotch of The Vaudevillains parted ways with WWE last week after apparently requesting his release. Gotch has been announced for a match against former Impact Wrestling star Douglas Williams on Friday, July 28th in the UK for the Pro Wrestling Pride promotion. Details are in the flyer below. Gotch has also been announced for the XWA “Exclusive Series” event on Saturday, July 22nd in London.