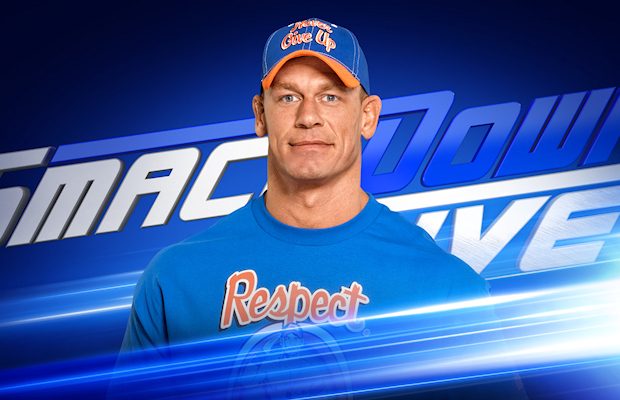 John Cena and WWE United States Champion AJ Styles vs. Rusev and Kevin Owens is being planned as the main event for tonight’s WWE SmackDown, according to PWInsider. This will be a Battleground preview as Cena vs. Rusev in a Flag Match and Owens vs. Styles with the title on the line are scheduled for the July 23rd pay-per-view.

On a related note, the following Battleground matches are scheduled to be announced on tonight’s SmackDown:

* Charlotte Flair vs. Natalya vs. Tamina Snuka vs. Lana vs. Becky Lynch in a Fatal 5 Way Elimination Match

* Baron Corbin vs. Shinsuke Nakamura (these two will also face off tonight in singles action)