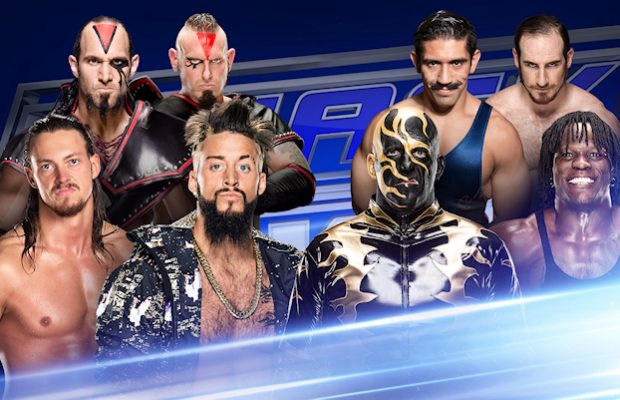 – Thanks to Javier Bradshaw and Nick The Slick for the following WWE SmackDown spoilers from tonight’s tapings in San Diego:

* SmackDown opens with WWE Intercontinental Champion The Miz and Maryse out for MizTV. The got really good heat to start. Zack Ryder interrupts and The Miz teased that he would give Ryder a title shot but Ryder’s already booked in a match with Baron Corbin

* Baron Corbin got the easy win over Zack Ryder. After the match, Corbin beat Ryder down again but Dolph Ziggler made the save and they brawled

* Emma defeated Paige in a quick match. Paige took a nasty spill in the corner but looked to be fine

* Enzo Amore and Colin Cassady defeated The Ascension to advance in the tag team tournament. Enzo and Cass were over big time and looked awesome in the ring

* AJ Styles defeated Alberto Del Rio. Good match with a very hot crowd but Del Rio botched a move and Styles landed on his neck. He won with a roll-up and was holding his neck on the way to the back, hopefully just selling but it looked bad live

* Backstage comedy segment with Fandango and The Golden Truth

* Sami Zayn vs. Chris Jericho was a hot main event with Dean Ambrose and Kevin Owens on commentary, and providing distractions. Good action in the ring and entertaining stuff outside. Owens interfered to cause the disqualification, which led to the babyfaces standing tall to end SmackDown