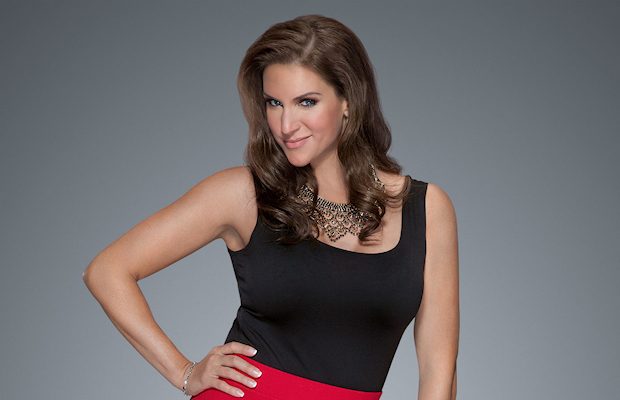 Have you ever wondered if Stephanie McMahon wears thongs?

During a candid interview on The Howard Stern Show on October 17, 2002, Howard Stern asked Stephanie asked what kind of underwear she wears.

Stephanie got asked about her undergarments again the following month during a chat session on MSN.com. After being asked if she wears thongs on a daily basis, Stephanie responded, “Yes I do [laughs].”

In response to the personal nature of the question, the chat session moderator then said to Stephanie, “I hope you don’t mind this kind of question.”

Over the years, Stephanie’s thong has been visible a few times on WWE television. Click here to see her thong slips.

Stephanie McMahon Accidentally Flashes Her Panties →
Stephanie McMahon is very careful when entering the ring since some of her outfit choices can potentially expose her underwear … and it has. Check out these hot photos…