Steve Austin on Why He’s a Big Fan of Finn Balor, Thoughts on Seth Rollins, the WWE 2K16 Cover 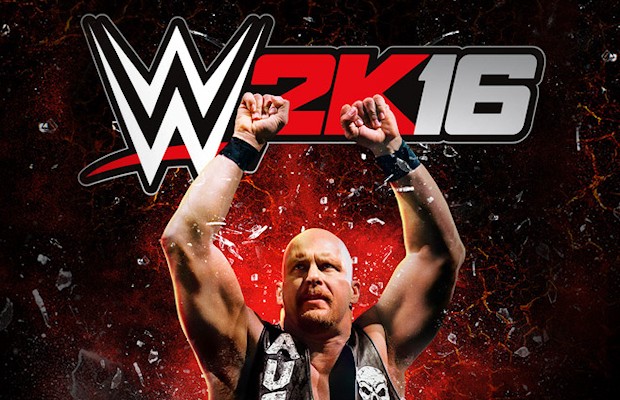 – WWE Hall of Famer Steve Austin just spoke with MTV UK to promote being on the cover of the upcoming WWE 2K16 video game. The full interview is at this link. Below are highlights:

Being on the cover:

“First of all I’m very honoured to be the cover superstar for WWE 2K16. And being asked got me thinking – and I guess I kind of started looking back at all the things I managed to accomplish in the business. But I think it was testament to a very deep locker room in one the best eras in the business. All these years later, it is very special and I’m very proud and I was very happy to get the phone call to be the cover star of such a highly-regarded video games franchise.”

“I know Seth Rollins, Daniel Bryan, Dean Ambrose, Paige, Bad News Barrett [are all included]… but Finn Balor, I think, is going to be an interesting addition to the game. Here’s a guy from Ireland who’s been around for about 15 years, give or take – a guy with his experience and moveset and the different paint jobs he wears to the ring, he’s very entertaining guy and I’m looking forward to big things from him. I know this is the biggest roster they’ve ever had in this series of WWE games from 2K – but for me to speculate who could be on there, I have no idea. I have heard some very interesting rumours but I cannot speak to those rumours. But it should be a very cool and – if I might say so – completely badass roster!”

“I tell you what, first of all, I love Finn’s work. There have been some tremendous workers come out of Ireland and Northern Ireland over the years. I talked to him once on the telephone – and I’m a big fan of Fit Finlay – so he reminds me a little bit of Fit, but much more dynamic with his moveset and all of his experience in Japan. Man, the kid is just a walking highlight reel as a far as technical wrestling, a master. He’s just a good looking kid, he knows his business in the ring. And I’m a fan of the bodypaint he wears on special occasions. And then you put him across the ring from Kevin Owens… again, there’s a guy – probably, what a 13 or 14 year veteran? – and finally getting a shot here in the big leagues and for those two guys to go in there and have match in Japan, I think it is a good time to be a WWE fan. Some people consider these guys rookies on the big scene but they are veterans, have paid a lot of dues and are damn good workers so I think right now is a pretty exciting time as we see these guys develop further and get some more ring time, get more over than they are. But they certainly have all the tools, all the moves and all the talent to do so. I think the horizon is very bright for the upcoming in ring product as far as WWE is concerned.”

“There’s a guy who has got all the pieces put together right now, he’s on a roll and I think he’s an exciting guy, I think he’s representing very well. I think he has a pretty good repertoire right now. I might play him a little bit more aggressively than he performs in the squared circle, dial him up from that aspect and give him a bit more of a mean streak. But I think you’re looking at a guy who is a very well-rounded athlete. I know he loves crossfit for his training regime. All of these guys are so dynamic now.”