Home / Information / The Undertaker and Sting Have Wrestled Before 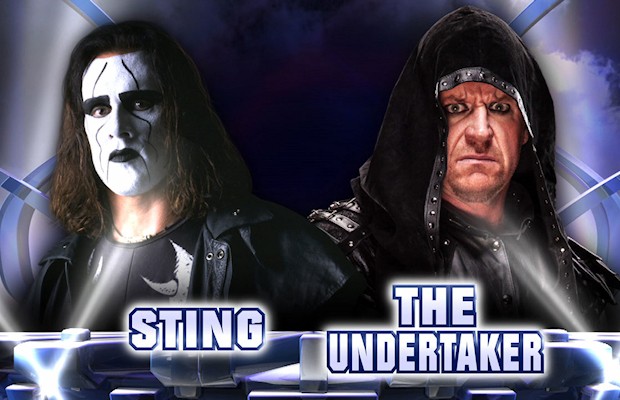 “It’s no secret: I’ve always wanted to wrestle Undertaker. I’ve said that for years. And who would not want to work WrestleMania? It would be awesome to have at least one match with him.”

Indeed, Sting vs. The Undertaker is the natural match to make. It hadn’t always seemed that way, but in 2011, fans got very excited at a video that showed a trenchcoated figure walking into an abandoned house, with many believing that what turned out to be a promo for The Undertaker’s return was the first step in introducing Sting to a WWE audience. The shared taste in trenchcoats is not the only thing they have in common, as both The Undertaker and Sting’s Crow-influenced redesign having a gothic imagery that adds layers of mystique.

Perhaps most importantly, their careers were mirror images of each other, as neither man appeared truly tempted to jump to the other side after they became headliners, while they occupied similar positions on their roster too.

“[Sting was] kind of the face of [WCW], but he often wasn’t pushed as the face of the promotion, so everyone remembers him as a big star and legend, [even if] when you look at his business numbers, he didn’t draw that way,” explained Bryan Alvarez. “The ‘franchise’ moniker fits him greatly given his history: a big star, but never the guy.”

This mirrors The Undertaker’s role, right down to him once being billed as “The Conscience of the WWF’ to convey his veteran status. WWE has never been built around The Undertaker, and his only lengthy title reigns have come when the championship by other programs, as with Bret Hart and Shawn Michaels in 1997, or the less prestigious World Heavyweight Championship after the brand extension.

Whereas Hulk Hogan vs. Ric Flair and “Stone Cold” Steve Austin vs. Goldberg would have been dream matches involving the top dog of their respective promotions, The Undertaker vs. Sting would instead be a clash of the companies’ living legends.

In a trivia note, The Undertaker and Sting have tangled inside the squared circle before as the future legends faced off on two occasions in 1990 when they simultaneously worked for World Championship Wrestling (WCW)—The Undertaker was wrestling under the name “Mean” Mark Callous at the time.

Teaming with Lex Luger on August 30, 1990, Sting defeated Callous and Moondog Rex in a non-televised tag team match in Fayetteville, North Carolina at the Cumberland County Civic Center. Two days later, Sting successfully defended the NWA World Heavyweight Championship against Callous at a non-televised event in Greensboro, North Carolina at the Greensboro Coliseum. According to thehistoryofwwe.com, the match was considered so bad by organization officials that they substituted an aging Harley Race for Callous in a match against Sting the following night in Knoxville, Tennessee.