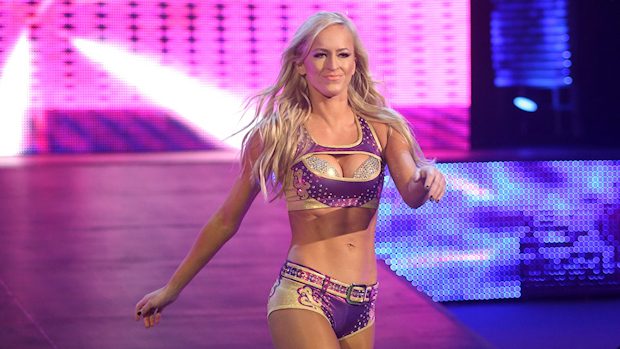 WWE announced Sunday that Summer Rae has been released from her contract.

The company put out a statement saying they’ve come to terms with Summer’s release and wish her “the best” in all of her “future endeavors.”

The 33-year-old made her debut in WWE in April 2013 as Fandango‘s dance partner and began wrestling toward the end of the year. She split with Fandango in April 2014.

In 2015, she got involved with Rusev on television and formed an on-screen relationship. When Lana and Rusev’s real-life engagement was announced by TMZ though, the storyline fell apart.

Following a brief storyline with Tyler Breeze where she acted as his manager, she wasn’t used much by WWE. She got drafted to Raw in July 2016 but got sidelined the following month due to various injuries. She was cleared to return to the ring in the spring, but WWE didn’t bring her back to wrestle.

Her last televised appearance came when she was sitting in the crowd with Asuka, Becky Lynch, Charlotte Flair, and Bayley at the Mae Young Classic Finale in Las Vegas in September.