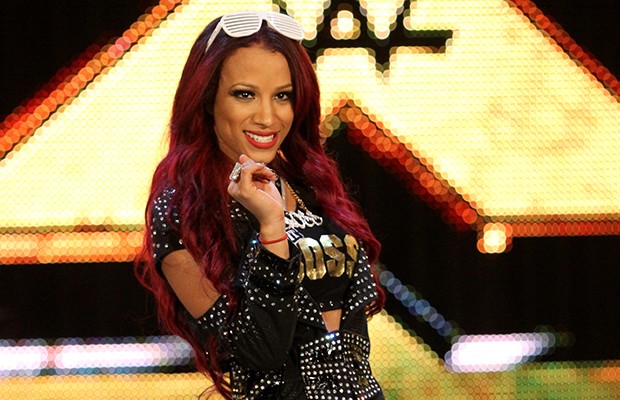 – WWE posted this video of Team BAD’s Sasha Banks, Tamina Snuka and Naomi going into tonight’s SmackDown. Naomi praises Sasha’s match at NXT “Takeover: Brooklyn” and Sasha says she wasn’t 100% for SummerSlam, and which is apparently why we didn’t see them on RAW. Sasha says SummerSlam was a fluke and they just need one more chance to prove they’re the best.

– Natalya, Charlotte and Tamina Snuka will be on an upcoming episode of “Table For 3” on the WWE Network. The premiere episode aired a few weeks back and featured the late Roddy Piper, Gene Okerlund and Paul Orndorff. Natalya tweeted this teaser:

– With the chaos of SummerSlam Week out of the way, several WWE talents are enjoying the weekend off by going on vacation. Zack Ryder is with friends at the legendary Adventure Park while The Miz and wife Maryse are at Disney, as seen below:

Guess where we are?