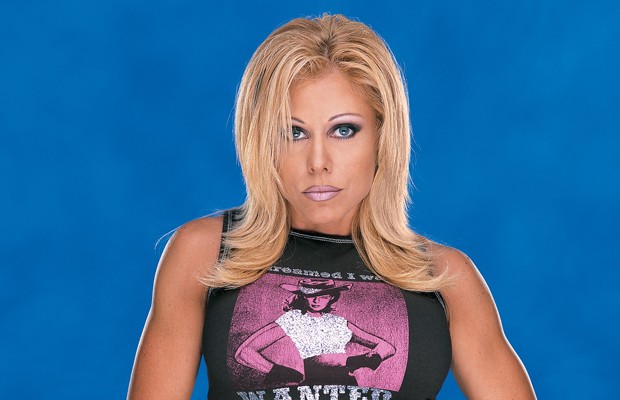 Movie buff Goldust introduced the world to his leading lady at the 1996 Royal Rumble. Calling herself Marlena, she sat in her director’s chair and watched her masterpiece unfold as Goldust beat Razor Ramon for the Intercontinental Championship. In the months that followed, the bizarre duo pushed the limits of acceptable social behavior, including public displays of affection and posing almost completely nude for Raw Magazine. Unfortunately for Marlena, what she assumed to be a storybook romance revealed itself as horror in November 1997. While a stipulation forced Marlena to be by the side of Brian Pillman for thirty days, Goldust was out making magic with the exotic Luna. The affair crushed Marlena’s spirit but gave Terri Runnels new life.