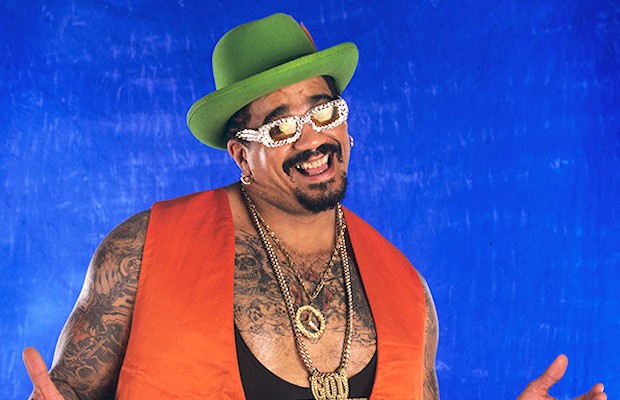 WWE’s popular “Attitude Era” was defined by the promotion’s persistence to push the envelope. During this time, and while many Superstars were controversial, no Superstar ruffled more feathers than The Godfather.

A noted pimp, The Godfather was accompanied to the ring by a long line of scantily clad women he affectionately referred to as his “Ho Train.” Despite being surrounded by miles of shapely curves, he somehow was under the impression that “pimpin’ ain’t easy.”

In the ring, the normally fun-loving Superstar was all business. He defeated the likes of Faarooq, Marc Mero, and Viscera on his way to becoming a legitimate threat to the Intercontinental Championship, which he captured when he defeated Goldust in April 1999. He went on to defend the title for six weeks before Jeff Jarrett upended him on an episode of Raw.

The Godfather’s “Ho Train” was briefly derailed when he joined Steven Richards’ Right to Censor crusade in 2000. While he did manage to claim the World Tag Team Championship under the RTC banner, fans couldn’t come to grips with a WWE sans their favorite pimp. Luckily for everybody, The Godfather came to his senses and once again began keeping company with his lovely ladies in 2002.