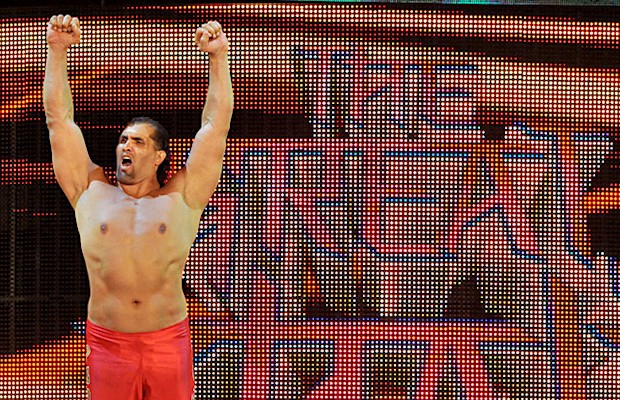 – In the video below, The Great Khali and his wrestling school in India is profiled. Khali says he wants create “thousands of Khalis” and share his knowledge with his country. The piece claims that WWE has signed three of Khali’s students already, signing them to deals worth $2 million annually.

– We noted before that The Miz and Maryse would be attending tonight’s ESPN ESPY Awards in Los Angeles. The Bella Twins will also be there.

– Michael Cole’s latest sitdown interview features Bray Wyatt. Wyatt talks about how his family was treated different, how he doesn’t feel guilty for the horrible things he’s done and has words for Roman Reigns going into their match at Sunday’s WWE Battleground pay-per-view. Video is below:

EXCLUSIVE: @MichaelCole conducts an unsettling interview with @WWEBrayWyatt to get a glimpse into his world… http://t.co/QPWkmMnVl7

Related Items
← Previous Story Is The Undertaker Returning To WWE This Sunday At Battleground?
Next Story → Ryback Injured, Unable To Defend Intercontinental Championship At WWE Battleground